The 2018 Fifa World Cup gets under way on Thursday, when hosts Russia face Saudi Arabia following an opening ceremony at Moscow's Luzhniki Stadium. 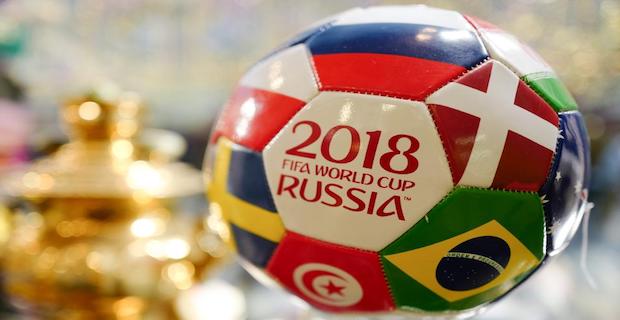 The 2018 Fifa World Cup gets under way on Thursday, when hosts Russia face Saudi Arabia following an opening ceremony at Moscow's Luzhniki Stadium.Football's showpiece event features 32 teams, including holders Germany, competing in 64 games over 32 days.The 21st edition will be played in 12 stadiums, across 11 cities, spread over 1,800 miles. England, winners in 1966, are the only team from the home nations to qualify and start against Tunisia on 18 June.

Germany, who beat Argentina in the 2014 final, are looking to become the first team to win back-to-back World Cups since 1962, while Brazil seek a record-extending sixth world title.

The month-long tournament is expected to attract one and a half million fans to Russia and an estimated global television audience of over three billion viewers.

There are eight groups, each containing four teams, with the top two advancing to the last 16. The final takes place at the 81,000-capacity Luzhniki Stadium on Sunday, 15 July (16:00 BST).

Who will win the World Cup?

Hosts Russia are also seeded, though they are the tournament's lowest-placed team - 70th - in Fifa's world rankings.

England, who have won only one of their past eight World Cup matches, are unseeded, as are 2010 champions Spain.

Germany have reached at least the semi-finals in each of the past four editions of the competition and, as the only team to progress through European qualifying with a 100% record, are expected to be in the shake-up again. They are in Group F with Mexico, Sweden and South Korea.

"Germany will be hunted like never before," said head coach Joachim Low. "Only us, as world champions, have anything to lose."

Brazil are the only nation to have appeared at every single World Cup, but they have not won the tournament since 2002, and not since 1958 in Europe.

Yet the Brazilians will fancy their chances, particularly as Neymar, who cost a world record £200m when he moved from Barcelona to Paris St-Germain in August 2017, has returned after a broken foot.

Spain feature several Champions League winners from Real Madrid in their squad as they look to recapture the magic that saw them crowned world champions eight years ago and European champions in 2008 and 2012.

Meanwhile, Cristiano Ronaldo will be hoping for a first World Cup winners' medal after helping Portugal win Euro 2016, while Lionel Messi is hoping to win a first major trophy with Argentina.

The closest England have come to repeating their feat of 1966 is a semi-final appearance at Italia '90.

With an average age of 26 years and 18 days, the Three Lions have the third-youngest squad in Russia.

Only three of Gareth Southgate's 23 players are aged 30 or over - defenders Gary Cahill and Ashley Young, both 32, and 31-year-old forward Jamie Vardy. Defender Trent Alexander-Arnold is the youngest at 19.

Cahill, Jordan Henderson, Raheem Sterling, Danny Welbeck and Phil Jones are the only survivors from the squad that finished bottom of their group at the 2014 World Cup under Roy Hodgson.

While England qualified comfortably for Russia - and enjoyed friendly victories over Nigeria and Costa Rica in recent weeks - former Three Lions captain Alan Shearer does not believe they will win the tournament.

"It's impossible not to dream about lifting the World Cup. I believe we can win it - anyone can," said the Tottenham forward.