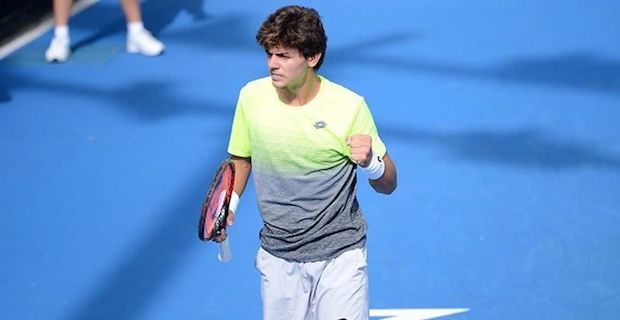 Erel and Virtanen played against Colombian Nicolas Mejia and Czech Ondrej Styler during the finals in London on Sunday.

In the 1-hour-26 minute-competition, they defeated their rivals 2-0.

The victory made Yanki Erel the first Turkish male tennis player, who became the Grand Slam champion in juniors category.

Keywords:
Yanki ErelWimbledonWimbledon Tennis Championship
Your comment has been forwarded to the administrator for approval.×
Warning! Will constitute a criminal offense, illegal, threatening, offensive, insulting and swearing, derogatory, defamatory, vulgar, pornographic, indecent, personality rights, damaging or similar nature in the nature of all kinds of financial content, legal, criminal and administrative responsibility for the content of the sender member / members are belong.
Related News