Qatar 2022, first World Cup ever to be held during Northern Hemisphere winter, to begin on Nov. 20 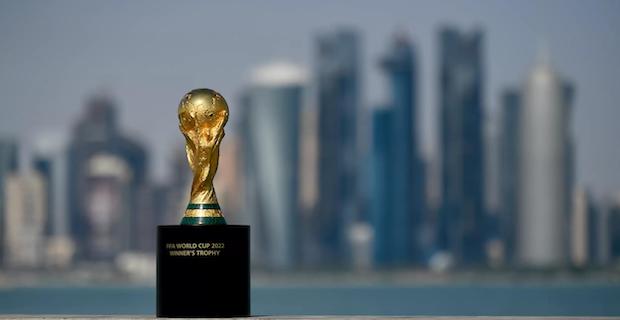 A one-of-a-kind FIFA World Cup is approaching, with less than a month remaining until the opening kickoff of the top-tier international football contest. Qatar 2022, the first World Cup ever to be held during the Northern Hemisphere winter, will take place from Nov. 20 to Dec. 18. Normally FIFA World Cup tournaments are held during the summer in the Northern Hemisphere and come after the end of the football season in Europe. But Qatar 2022 has been scheduled to be played in the autumn and winter due to the intense summer heat in Qatar. Following the final in December, the clubs will resume their 2022-23 campaigns. It will also be the first time that an Arab country hosts a World Cup. In addition, Qatar 2022 will be the first World Cup in Asia since the 2002 World Cup in South Korea and Japan, which was won by Brazil.Qatar is located in Western Asia on the northeastern coast of the Arabian Peninsula.

Brazil are the record holders, as they have won the World Cup five times so far. The Brazilians have been craving for another World Cup triumph for nearly two decades. Neymar-led Brazil will be on the pitch to extend their record in Qatar. Brazil last took the World Cup title in South Korea and Japan 2002, after beating Germany 2-0 in Yokohama. Meanwhile, France, who have many stars in the squad such as Kylian Mbappe, Paul Pogba and Antoine Griezmann, are the reigning champions. France secured the World Cup twice (1998 and 2018) and are seeking another victory to keep this title. At the 2018 World Cup in Russia, Les Bleus were crowned the world champions over their 4-2 win against Croatia, with Griezmann, Pogba and Mbappe among the scorers in Moscow. The 2014 champions, Germany are willing to level with Brazil as Die Mannschaft won the World Cup four times. Italy also have four World Cup championships (1934, 1938, 1982 and 2006) but they failed to qualify for Qatar 2022.

Host nation Qatar, which is affiliated to the Asian Football Confederation (AFC), will make their World Cup debut in November.

Qatar are in Group A to face Ecuador, Senegal and the Netherlands, who were the 2010 World Cup silver medalists.

Meanwhile, Wales and Canada will play in the World Cup finals after a long time.

The Welsh national football team reserved their place at the 2022 World Cup, ending a 64-year hiatus. In June, Gareth Bale-led Wales eliminated Ukraine 1-0 in the playoff to be at Qatar 2022.

Ukrainian forward Andriy Yarmolenko scored an own goal to send the Dragons to the World Cup finals for the first time since 1958.

Wales will take on England, Iran and the US in Group B.

Canada bagged a World Cup ticket for the first time in 36 years after they won the CONCACAF Third Round.

The Reds booked their place at Qatar 2022 after a 4-0 victory against Jamaica.

This is Canada's first World Cup appearance after Mexico 1986.

In Group F, Canada will play against Belgium, Morocco and Croatia.

Belgium came third in Russia 2018, and Croatia were the silver medalists of the previous World Cup.

Chelsea's French midfielder N'Golo Kante, Roma's Dutch midfielder Georginio Wijnaldum and Liverpool's Portuguese forward Diogo Jota are among the players that will miss the 2022 World Cup due to injury problems.

Kante, who was the 2018 World Cup champion, was ruled out of Qatar 2022 after Chelsea said this week that the 31-year-old is expected to be sidelined for four months following surgery on a hamstring injury.

In August, Wijnaldum broke his leg during training.

The 31-year-old, who suffered a fracture to the tibia in his right leg, is still ineligible to play.

Jota, 25, suffered a serious calf injury to be ruled out of the World Cup, as Liverpool manager Jurgen Klopp confirmed this week.

Additionally, Chelsea defender Reece James, 22, will not play for England in Qatar 2022 due to a knee injury.

Last week, Chelsea said Reece "is expected to be out for eight weeks."

The 28-year-old sustained a hamstring injury in October and is expected to return to the game in late November.

Dybala may recover before the World Cup, but he could not be match-fit.

Juventus' French midfielder Paul Pogba, 29, is unlikely to be called for national duty next month.

Pogba, who scored for France in the 2018 World Cup final, underwent knee surgery in September, months after his return from Manchester United.

This season, Pogba has not played any games for Juventus and is still in a healing period.

Former Germany forward and 2014 champion Miroslav Klose still holds the record for the most FIFA World Cup goals of all time.

He surpassed Brazil's legendary forward Ronaldo in the 2014 World Cup semifinal, scoring against Brazil in Germany's sensational 7-1 win over the hosts.

Ronaldo, who tallied 15 goals in 19 matches, is followed by German legend Gerd Muller.

Germany and Bayern Munich star Thomas Muller, 33, is the only active player to have scored 10 goals in 16 World Cup matches. Muller needs to net seven more goals to break his compatriot Klose's record.

Portugal's 37-year-old forward Cristiano Ronaldo and Argentine superstar Lionel Messi, 35, scored less than 10 goals for their nations each, and Qatar 2022 might be Ronaldo and Messi's final World Cup.

Keywords:
FIFA World CupQatar 2022
Your comment has been forwarded to the administrator for approval.×
Warning! Will constitute a criminal offense, illegal, threatening, offensive, insulting and swearing, derogatory, defamatory, vulgar, pornographic, indecent, personality rights, damaging or similar nature in the nature of all kinds of financial content, legal, criminal and administrative responsibility for the content of the sender member / members are belong.
Related News