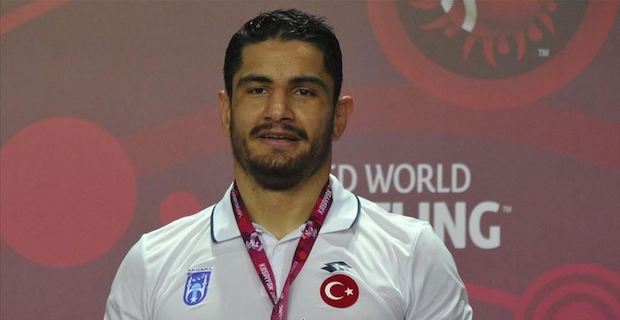 In the men's 125-kg freestyle final, Akgul beat Georgian Geno Petriashvili to claim the gold in the capital, Bucharest.

“I congratulate Taha Akgul, who has become the best in Europe for the 7th time and made us proud,” Turkey’s Minister of Youth and Sports, Mehmet Muharrem Kasapoglu, said on Twitter.

With Akgul's victory, Turkish wrestlers have won a total of three gold medals at the international event, which ends Sunday.

Turkey's Selahattin Kilicsallayan clinched a silver medal in the men’s 65-kg freestyle final after being bested by Azerbaijan's Haci Aliyev.

Keywords:
Turkish WrestlerWrestlerTaha Akgul
Your comment has been forwarded to the administrator for approval.×
Warning! Will constitute a criminal offense, illegal, threatening, offensive, insulting and swearing, derogatory, defamatory, vulgar, pornographic, indecent, personality rights, damaging or similar nature in the nature of all kinds of financial content, legal, criminal and administrative responsibility for the content of the sender member / members are belong.
Related News