The latest information about the MotoGP Aragon 2015 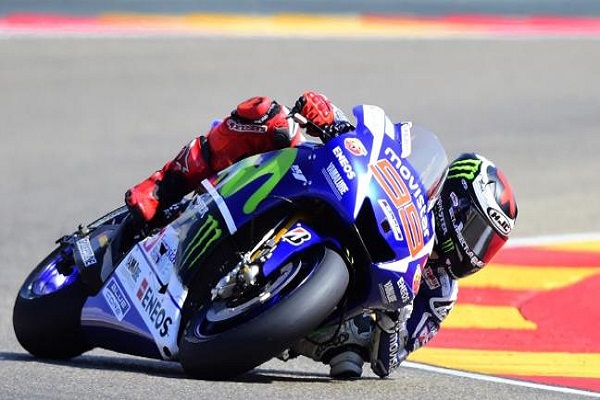 The win cuts Rossi's lead at the top of the standings down to 14 points with four rounds to go. Lorenzo took the hole shot at the start of the race and after Marquez crashed out on lap two, had a clear track to take a simple victory by 2.683 seconds. Behind Lorenzo, Rossi and Pedrosa were engaged in a thrilling battle for the runner-up spot with the rejuvinated Spaniard able to hold off Rossi despite numerous over-taking attempts from the MotoGP championship leader. Cal Crutchlow finished as top Brit in seventh, one place ahead of Bradley Smith with Scott Redding twelth and Eugene Laverty fourteenth finishing as top open rider. (Sport BT)