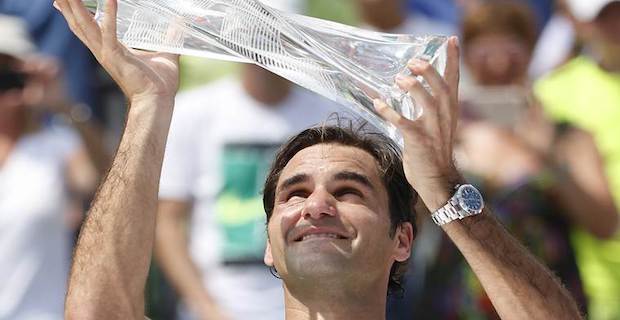 The 37-year-old Swiss claimed his 28th Masters title and the 101st overall for a player who has won 20 Grand Slam singles titles.

"It's been a super-long journey for me here," Federer said on court after his victory.

Isner had treatment on his left foot in the second set.

"I’m sorry for your foot," Federer told Isner after the match. "I’m positive for you it will be all good and you will recover well and play a great rest of the season."

Keywords:
Miami OpenRoger FedererMiami Open 2019
Your comment has been forwarded to the administrator for approval.×
Warning! Will constitute a criminal offense, illegal, threatening, offensive, insulting and swearing, derogatory, defamatory, vulgar, pornographic, indecent, personality rights, damaging or similar nature in the nature of all kinds of financial content, legal, criminal and administrative responsibility for the content of the sender member / members are belong.
Related News