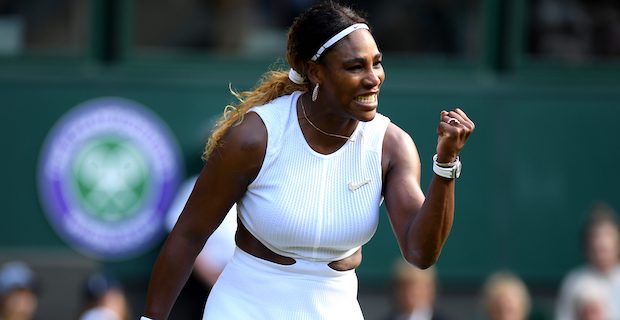 Serena Williams has reached 2019 Wimbledon final in women's singles after beating Barbora Strycova 2-0 in their semifinal match on Thursday. The world No.10 Williams dominated the game against her Czech opponent Strycova, winning the sets 6-1, 6-2 in 59 minutes.  The 37-year- old U.S. player will face Romania's Simona Halep on Saturday in the final.

Halep, 27, beat her Ukrainian opponent Elina Svitolina 2-0 in the first semifinal on Thursday.

The 2018 Roland Garros (French Open) champion Halep is yet to win the Wimbledon title in her career while Serena Williams will be chasing her eighth.

Keywords:
WimbledonSerena WilliamsWimbledon Final
Your comment has been forwarded to the administrator for approval.×
Warning! Will constitute a criminal offense, illegal, threatening, offensive, insulting and swearing, derogatory, defamatory, vulgar, pornographic, indecent, personality rights, damaging or similar nature in the nature of all kinds of financial content, legal, criminal and administrative responsibility for the content of the sender member / members are belong.
Related News