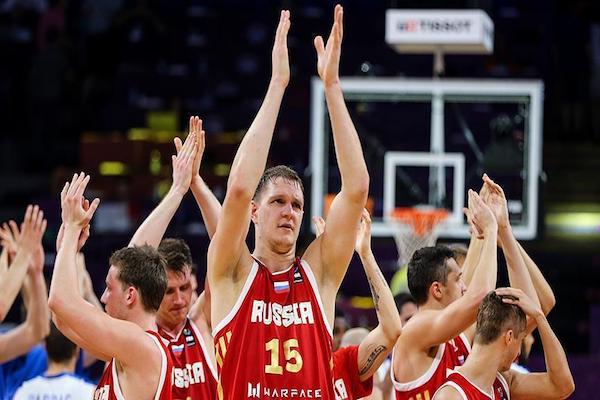 AvrupaLondon - Russia and Serbia advanced Wednesday to the semifinals of the EuroBasket 2017.In the first match of the day, Russia held off Greece for a 74-69 win and a ticket to the final four of the tournament.After being down 24-17 in the first quarter, the Russians managed to win the remaining three to seal the deal.Point guard Alexey Shved scored a game-high 26 points and dished out five assists in the victory.Greece wasted a stellar 25-point, five-assist, seven-rebound performance by Nick Calathes in the loss.In the day’s other match, Serbia outscored Italy by 10 points in the second quarter and held off the Italians the rest of the way.Play by guard Bogdan Bogdanovic was crucial for Serbia -- netting 22 points, pulling down six boards and giving out four assists in the 83-67 victory.Marco Bellinelli and Luigi Datome combined for 33 points in the loss for Italy.The tournament continues Thursday, when undefeated Slovenia and Spain go head-to-head for a spot in the final.The game at Istanbul's Sinan Erdem Dome will tip off at 9.30 p.m. (1830GMT).Russia and Serbia will square off 9.30 p.m. Friday.