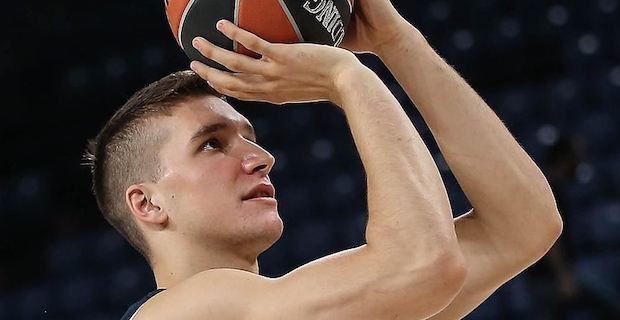 Serbia will face Italy, Angola, and the Philippines in Group D.

This will be Serbia's sixth World Cup tournament and the team Serbia will be competing for their third World Cup title following 1998 and 2002.

Serbia is currently in fourth place in the FIBA World rankings.

Serbians were silver medalists in the 2014 FIBA World Cup, losing the final in Madrid against the US.

This will be Italy's first World Cup tournament in 13 years.

Italy has vied in World Cup tournaments a total of eight times, seeing their biggest successes in 1970 and 1978 with the number four spot.

They did not make the cut for the last two World Cup tournaments.

They are currently in ninth place in the FIBA World rankings.

NBA players Marco Belinelli of the San Antonio Spurs and Danilo Gallinari of the Los Angeles Clippers will play for Italy in China.

The Philippines has competed in five World Cup tournaments, scoring their greatest success in 1954 by taking the number three spot.

They are currently in 31st place in the FIBA World rankings.

The Philippines are one of the six Asian countries competing in this tournament.

Angola has competed in seven World Cup tournaments, scoring their best success in 2006 by taking the number nine spot.

They are currently in 39th place in the FIBA World rankings.

Angola is one of five African countries competing in the tournament.

Keywords:
SerbiaFIBA World Cup 2019
Your comment has been forwarded to the administrator for approval.×
Warning! Will constitute a criminal offense, illegal, threatening, offensive, insulting and swearing, derogatory, defamatory, vulgar, pornographic, indecent, personality rights, damaging or similar nature in the nature of all kinds of financial content, legal, criminal and administrative responsibility for the content of the sender member / members are belong.
Related News