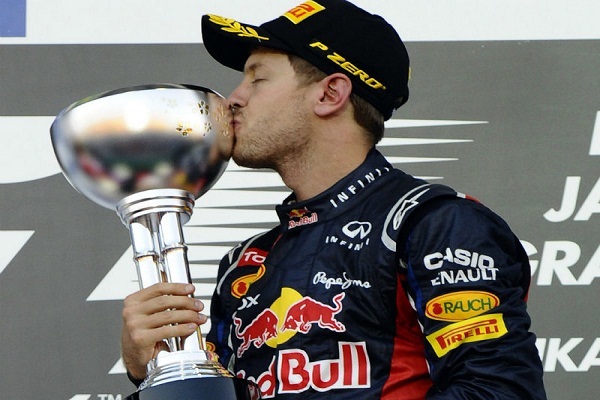 Red Bull's Sebastian Vettel clinched his fourth consecutive world title with a victory in the Indian Grand Prix. The German drove a superlative race to secure his sixth consecutive victory this season and become only the fourth man in history to win four titles. The victory keeps him on target to equal the all-time record of nine consecutive F1 world championship wins.

Sebastian Vettel; born 3 July 1987 is a German Formula One racing driver, currently driving for the Austrian racing team Red Bull Racing. He is the current World Champion, having won the championship in 2010, 2011, 2012, and 2013.

Vettel holds numerous other "youngest" Formula One records, among them: the youngest driver to have taken part in an official practice session of a Grand Prix, to score championship points, to lead a race, to secure pole position, and to win a race. He is also currently 3rd in the overall tally of pole positions behind fellow German Michael Schumacher and 3-time world champion Ayrton Senna.