Rugby, Scotland versus the USA

The results of the Rugby game Scotland versus the USA 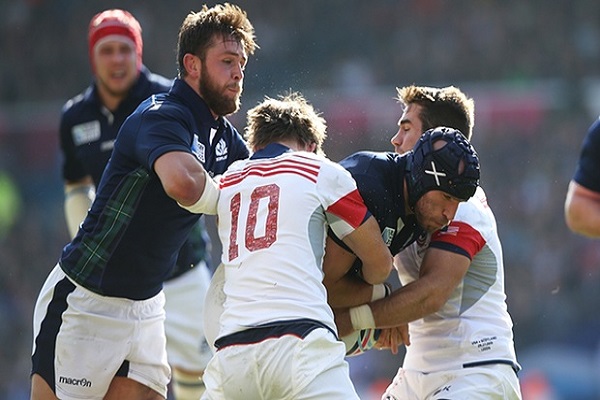 Those three tries in the opening 13 minutes of the half took the wind (and the belief) right out of USA. There was a change in personnel, which helped, but they were devastating with the ball in hand. With maximum points and sitting three points clear at the top of Pool B after two matches, they should be happy with their lot, particularly as they only had that four-day rest period between today and their opener against Japan. USA faded badly. Fitness, or lack thereof, told and they weren’t able to capitalise on Scotland’s ill-discipline as they were able to do in the first half. There are definitely positives to take out of this game. Samu Manoa was excellent in defence – USA turned the ball over seven times by my reckoning – and Seamus Kelly, who plays for San Francisco Golden Gate RFC – had an excellent game at outside centre. Their physicality was thrilling, but sadly that was what was lacking in the second half. (Mirror)