Rafael Nadal to team up with Roger Federer in Laver Cup 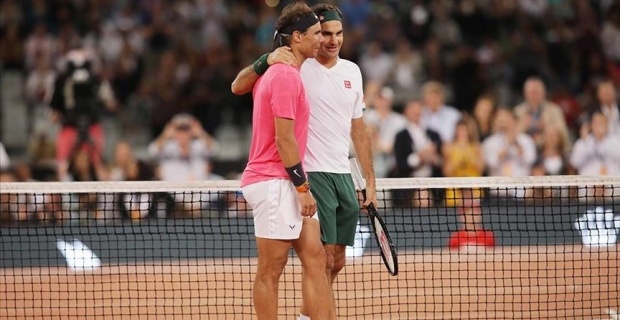 Rafael Nadal and Roger Federer will team up for the fifth edition of the Laver Cup to be held in London on Sept. 23-25. The defending Australian Open champion and the Swiss tennis legend will represent Team Europe in a competition against Team World.Federer, 40, had a knee injury and was unable to participate in the 2022 Australian Open, the first Grand Slam of the season.

"The Laver Cup is such a unique event and I’ve loved competing in it," Grand Slam record holder Nadal said, adding: "Roger has been a huge part of my career, a big rival and also a true friend."

Federer, the 20-time Grand Slam winner, voiced his anticipation, saying: "I’m really looking forward to getting back into competition later this year and Laver Cup is very much part of my plan. It’s no secret that I love the event."

Swedish tennis legend and Team Europe's captain Bjorn Borg said: "It doesn’t get much better than being able to select Rafa and Roger for the Laver Cup in London."

In the Laver Cup, which was first held six years ago, each team has six players and led by a team captain, who is a legend of the sport.

John McEnroe is the captain of Team World.

Keywords:
Roger FedererRafael NadalLaver Cup
Your comment has been forwarded to the administrator for approval.×
Warning! Will constitute a criminal offense, illegal, threatening, offensive, insulting and swearing, derogatory, defamatory, vulgar, pornographic, indecent, personality rights, damaging or similar nature in the nature of all kinds of financial content, legal, criminal and administrative responsibility for the content of the sender member / members are belong.
Related News