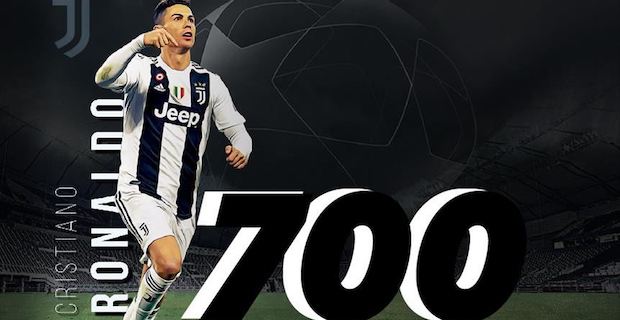 Portuguese football superstar Cristiano Ronaldo scored his 700th career goal against Ukraine in the UEFA EURO 2020 qualifiers late Monday. Ronaldo's goal from penalty kick was not enough to bring a win in Kiev as Ukraine beat Portugal 2-1 in the Group B match. Following this victory, Ukraine qualified for the EURO 2020 finals. They had 19 points in seven matches. Portugal are still in the second spot in the group standings with 11 points.

Keywords:
Cristiano RonaldoUEFA EURO 2020Portugal Superstar
Your comment has been forwarded to the administrator for approval.×
Warning! Will constitute a criminal offense, illegal, threatening, offensive, insulting and swearing, derogatory, defamatory, vulgar, pornographic, indecent, personality rights, damaging or similar nature in the nature of all kinds of financial content, legal, criminal and administrative responsibility for the content of the sender member / members are belong.
Related News