'Play the ball, not the man' - Turkish football is back 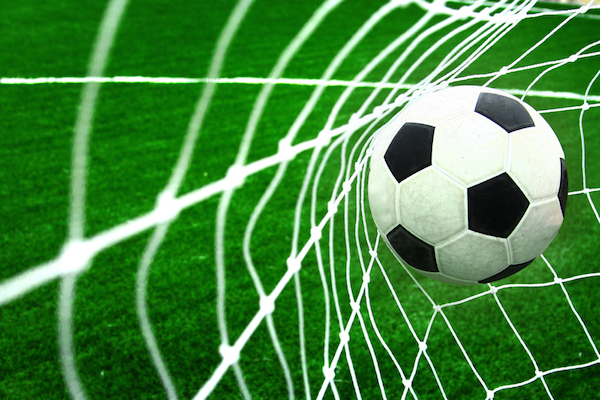 Although Istanbul side Besiktas and their army of travelling fans tasted disappointment in London on Wednesday night in a narrow 1-0 loss to Arsenal in the Champions League, the Black Eagles and the 17 other clubs which make up Turkey's Super League will swing into action this weekend. Again, fans of the three Istanbul giants will fill stadiums in Turkey's largest city. For the rest of the chasing pack, realistic hopes for a championship win are less than their seat occupancy rate at their home grounds. According to Transfermarkt.com, the Super League's total value stands nearly $1 billion dollars. Turkish football is big business, although it is off-the-pitch antics which often fill the sports pages of national newspapers. For example, this week's first Istanbul derby resulted in a Fenerbahce Super Cup win against fierce city rivals Galatasaray after a penalty shoot-out. However, it was a Tweet by combative Fenerbahce goalkeeper Volkan Demirel in which he called Galatasaray midfielder Felipe Melo a "dog" following an on-field brawl, which is still making the headlines, days later. Another hint at a rambunctious 2014-2015 season came from the stands with when plastic bottles, lighters and coins rained down over Demirel's goal area. The authorities' fight to take passionate stadiums under control seems likely to go on, despite their banning of away supporters from Istanbul derby games. Fenerbahce's cup win boosted the position of new coach Ismail Kartal, who got the job after former boss Ersun Yanal was fired by club president Aziz Yildirim who accused Yanal of arranging training times according to "his dates with women".
A controversial figure, Yildirim, who has wielded vast power over his team since 1998, has had a testy relationship with many of his coaches: Kartal is the 16th manager in Yildirim's term. No name is too great; just ask German World Cup winner Joachim Low, whose relationship with the club came to an abrupt end in 1999. Galatasaray is also going through a shaky period with its coaches. High-profile Italian manager Roberto Mancini left the club right after last season, when his team finished in second position beating Besiktas into third place. New manager, Cesare Prandelli, resigned from his post heading up Italy's national team when the Azzurri bowed out at the group stage of the World Cup in Brazil. The yellow-reds consolidated their squad with mainly Turkish nationals and dispensed with two foreign strikers, Johan Elmander and Didier Drogba, in a bid to make their foreigners' quota, which was reduced from 10 to 8 this year. The Turkish Football Federation made the decision limiting the quota for foreign players in the Super League, despite escalating criticisms concerning the success of Turkish teams when competing in international tournaments. Besiktas fans, on the other hand, are impatient to see their team return home to their newly reconstructed stadium by Istanbul's historic Dolmabahce Palace. The Black Eagles are seeking their 14th championship win after six years of disappointment.
For Super League newcomers Istanbul Basaksehir F.C. however, their home ground played host to an unlikely football result through a hat-trick delivered by 60-year-old Turkish president-elect Recep Tayyip Erdogan during an exhibition match at the club's new stadium.
Meanwhile, Karabukspor, from a central Turkish industrial city, could create a miracle if the European debutant can eliminate French side AS St. Etienne in Thursday's UEFA Europe League play-off.
They were fortunate to get to the European stage when several Turkish teams were declared ineligible by UEFA. Eskisehirspor and Sivasspor were banned from playing in the European arena in June due to allegations surrounding purported match-fixing.
Aside from who will win the league this year, one major Turkish footballing mystery remains; which team will veteran manager Yilmaz Vural coach this year?
Vural has already been in charge of 24 different sides in his almost two-decade career and even had a brief flirtation with Welsh Premier League side Cardiff City.
He is unlikely to be hired by Balikesirspor, newly qualified to the Super League after almost 40 years, since the Balikesir administration seems determined to go on with the current coach, Ismail Ertekin.
There's no doubt about it: Turkish football is passionate, furious and both teams and fans play for keeps. There can be only one winner, so watch this space.