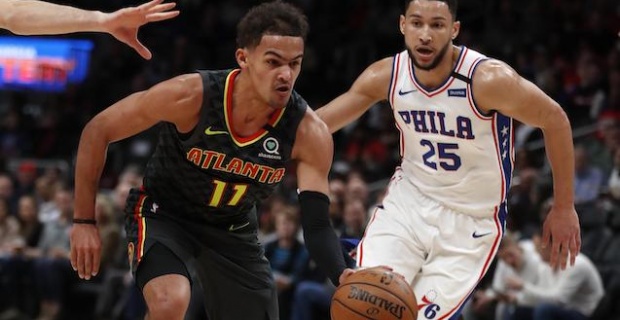 The Hawks' point guard ranks third with 29.4 points per game and he comes second, behind the Los Angeles Lakers' LeBron James, with 9.2 assists per game.

For 76ers, Ben Simmons scored 31 points while Shake Milton had a career-high 27 points.

Keywords:
Atlanta HawksPhiladelphia
Your comment has been forwarded to the administrator for approval.×
Warning! Will constitute a criminal offense, illegal, threatening, offensive, insulting and swearing, derogatory, defamatory, vulgar, pornographic, indecent, personality rights, damaging or similar nature in the nature of all kinds of financial content, legal, criminal and administrative responsibility for the content of the sender member / members are belong.
Related News