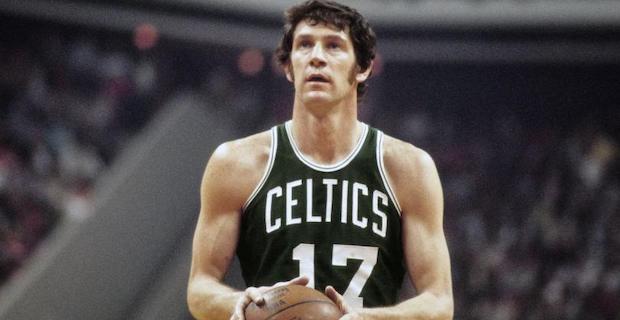 NBA team Boston Celtics legend John Havlicek died in Florida on Thursday, the club announced. He was 79. "It is with great sadness we have learned that Celtics Legend and Hall of Famer John Havlicek has passed away peacefully today at the age of 79. He will be dearly missed by his Celtics family," the Celtics said on Twitter. While the club said the cause of Havlicek’s death was still uncertain, the Boston Globe, a local daily, said he was suffering from Parkinson’s disease. "John Havlicek was a wonderful friend who represented the best of the NBA," said NBA Commissioner Adam Silver.

Eight-time NBA champion and 13-time All-Star, Havlicek was a Celtics veteran spending his whole career in the same franchise.

Havlicek played for the Celtics as shooting guard or forward between 1962 and 1978.

Keywords:
NBA ChampionJohn Havlicek
Your comment has been forwarded to the administrator for approval.×
Warning! Will constitute a criminal offense, illegal, threatening, offensive, insulting and swearing, derogatory, defamatory, vulgar, pornographic, indecent, personality rights, damaging or similar nature in the nature of all kinds of financial content, legal, criminal and administrative responsibility for the content of the sender member / members are belong.
Related News