The Red Devils dominated in the Ukrainian city of Odessa, but long-range efforts from Wayne Rooney and Paul Pogba were their best moments of the first half despite having 76% of possession. 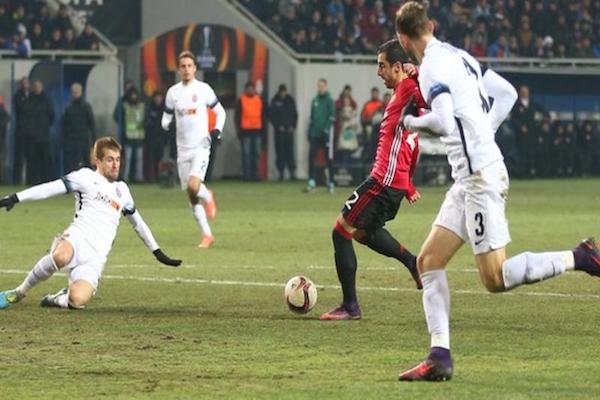 Manchester United reached the Europa League knockout stages by beating Zorya Luhansk as Henrikh Mkhitaryan struck a fine first goal for the club.The Red Devils dominated in the Ukrainian city of Odessa, but long-range efforts from Wayne Rooney and Paul Pogba were their best moments of the first half despite having 76% of possession.But Mkhitaryan, who has now started three games in a row, dribbled from halfway to apply a cool finish after the break.A key save from Sergio Romero maintained the lead before Zlatan Ibrahimovic raced clear to slot home as United progressed behind Fenerbahce, who won at Feyenoord.

Jose Mourinho's side are now favourites for the competition with most bookmakers but in finishing second in Group A, they go into Monday's last-32 draw as an unseeded side.