Manchester City were crowned Premier League champions for the second time in three years by beating West Ham United on the final day of a dramatic season. 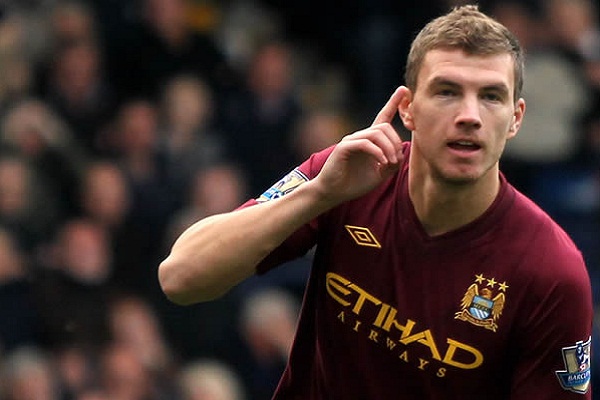 Manchester City were crowned Premier League champions for the second time in three years by beating West Ham United on the final day of a dramatic season.

Manchester City were crowned Premier League champions for the second time in three years by beating West Ham United on the final day of a dramatic season. Needing only a point to finish ahead of Liverpool on goal difference, a 2-0 win gave boss Manuel Pellegrini the title in his first season in charge.

Norwich City's relegation to the Championship was confirmed with their 2-0 defeat by Arsenal.

The Canaries' three-year stay in the top flight was always likely to end even if they had won because of the 17-goal swing in goal difference required to overtake West Brom.

Arsenal, who face Hull in next week's FA Cup final, had already confirmed their place in the top four and the Champions League next season, alongside Chelsea.

Jose Mourinho's side won 2-1 at already relegated Cardiff to finish two points behind Liverpool in third.

A run of 11 successive wins had given the Reds a five-point lead at the top of the table as recently as 20 April in their quest for a first league title since 1990 in the same year as the 25th anniversary of the Hillsborough disaster.

But they picked up only one point in their two games prior to Sunday, both setbacks coming in remarkable fashion.

First, a slip by captain Steven Gerrard put Chelsea on the way to a 2-0 win at Anfield, then, Brendan Rodgers's side surrendered a 3-0 lead at Crystal Palace, drawing 3-3 to hand City the advantage.

"We've taken Manchester City all the way to the very last game of the season, a team that finished seventh last year," said manager Rodgers.

"And we know that we'll get better because we've got a lot of improvements to make in the squad and we'll continue to grow and improve."

The Blues, who won the league for the first time since 1968 on a sensational final day two years ago, have been top of the table for only 15 days this season.

When they were beaten 3-2 at Anfield on 13 April, they fell seven points behind Liverpool, albeit with two games in hand.

A 2-2 draw with Sunderland further dented their title ambitions, but a run of five successive wins, coupled with Liverpool's stumble, has given City a fourth trophy in four seasons.

Previous manager Roberto Mancini delivered the FA Cup in 2011 - a first piece of silverware for 35 years - and followed that with the title 12 months later.

Mancini was sacked at the end of last season and replaced with Chilean Pellegrini, who won the Capital One Cup in March and has now delivered a fourth title in City's history.

"I think we were the best team of the Premier League," said Pellegrini.

"It's a very special group. Maybe they were in a very difficult moment when I arrived here, but they always believed what I told them.

"I think that big teams cannot be satisfied with just one title. We have two titles in the year; on Tuesday we start working for next season."

While City end the season back on top, it has been a turbulent year for big rivals Manchester United, who end the season seventh, finishing with a 1-1 draw at Southampton.

David Moyes was chosen to replace Sir Alex Ferguson a year ago, but lasted only 10 months before he was sacked in April.

United have failed to qualify for the Champions League for the first time since 1995 and also miss out on a place in the Europa League after Tottenham's 3-0 win over Aston Villa.