Argentine superstar gets award for sixth time in his career 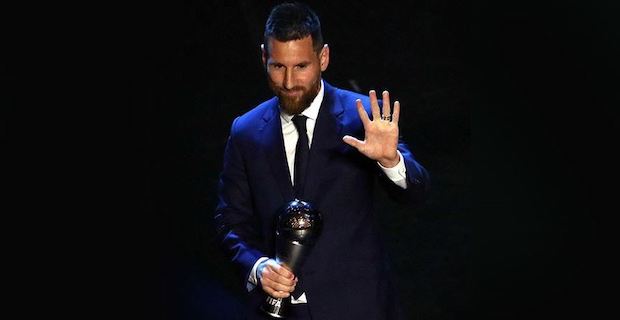 "Lionel Messi and Jurgen Klopp took home the leading honours for The Best FIFA Men’s Player and Men’s Coach respectively, after their outstanding 2018/19 campaigns which saw both scoop silverware and individual accolades galore," FIFA said in a statement.

"The FIFA Fair Play Award was taken home by Marcelo Bielsa and the Leeds United squad after the Argentinean coach and his team ultimately sacrificed promotion for his team to uphold the values of fair play – instructing his Leeds United team to allow an equaliser after his side had gone 1-0 up with an opposition player down injured," FIFA said in a statement.

Keywords:
Lionel MessiBest FIFA MenBest FIFA Mens Player Award
Your comment has been forwarded to the administrator for approval.×
Warning! Will constitute a criminal offense, illegal, threatening, offensive, insulting and swearing, derogatory, defamatory, vulgar, pornographic, indecent, personality rights, damaging or similar nature in the nature of all kinds of financial content, legal, criminal and administrative responsibility for the content of the sender member / members are belong.
Related News