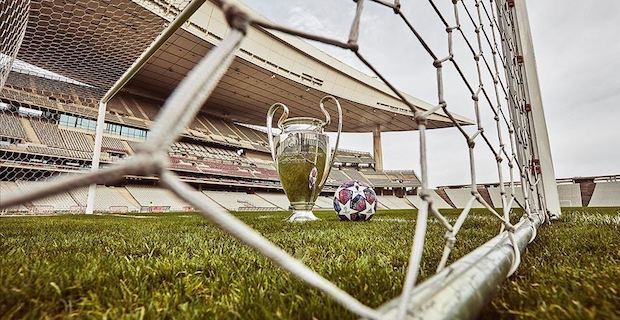 German football club RB Leipzig stunned their English opponents Tottenham Hotspur 1-0 in a UEFA Champions League Round of 16 first leg match held in London late Wednesday. The visitors were awarded a penalty kick in the 56th minute when Tottenham's Welsh left-back Ben Davies fouled Leipzig’s Austrian midfielder Konrad Laimer in the penalty area. German forward Timo Werner converted the penalty successfully for Leipzig in the 58th minute, scoring the winning goal. The crucial win will bring the quarterfinals ticket to Leipzig as the second leg will be played in Germany on March 10.

Tottenham's French goalkeeper Hugo Lloris was named the man of the match.

In the other match of the night, Italian club Atalanta beat Valencia 4-1 at Milan's San Siro Stadium. The unexpected big win is likely to help the Italians in the second leg in Spain.

The return match will be at Valencia's home grounds at Mestalla Stadium on March 10.

Keywords:
FenerbahceGalatasaray
Your comment has been forwarded to the administrator for approval.×
Warning! Will constitute a criminal offense, illegal, threatening, offensive, insulting and swearing, derogatory, defamatory, vulgar, pornographic, indecent, personality rights, damaging or similar nature in the nature of all kinds of financial content, legal, criminal and administrative responsibility for the content of the sender member / members are belong.
Related News