Kobe, Duncan, and Garnett elected to Hall of Fame 2020 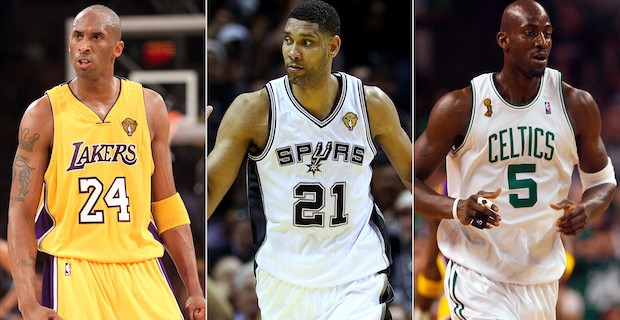 NBA legends Kobe Bryant, Tim Duncan, and Kevin Garnett are officially headlined Naismith Memorial Basketball Hall of Fame 2020 on Saturday. ''He was one of the greatest competitors who stepped on the court and made sure his impact was felt on both sides of the ball. He is ranked 4th on the NBA’s career points list (33,643). We congratulate posthumously 5x NBA Champion Kobe Bryant,'' said the organization to announce Kobe's election to the Hall of Fame 2020. Bryant, recognized posthumously due to his sudden death on Jan. 26, was an 18-time NBA All-Star (1998, 2000-2016), and 11-time All-NBA First Team selection (2002, 2003, 2004, 2006-2013).

Keywords:
Kobe BryantNBATim DuncanKevin Garnett
Your comment has been forwarded to the administrator for approval.×
Warning! Will constitute a criminal offense, illegal, threatening, offensive, insulting and swearing, derogatory, defamatory, vulgar, pornographic, indecent, personality rights, damaging or similar nature in the nature of all kinds of financial content, legal, criminal and administrative responsibility for the content of the sender member / members are belong.
Related News