18-year old Iranian international striker, Allahyar Sayyadmanesh signs a 5-year contract with Turkish giants Fenerbahce. The teenager caught attention from big clubs after scoring 4 goals in 4 games in the U17 World Cup in 2017, which held place in India. 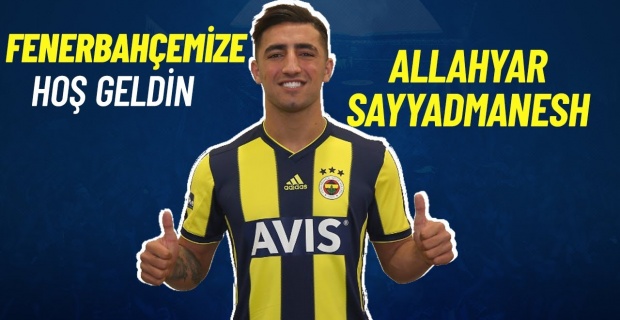 Born in Amol, Iran, Sayyadmanesh began his career in the youth squads of Arash Amol, Padideh Sari, and Saipa. His brilliant performance in the U17 World Cup caught the attention of Iranian side Esteghlal FC, he signed his first senior contract with them. The 18-year old scored some stunning goals in the U17 World Cup, against some top nations such as Germany and Mexico. For Esteghlal FC, he scored 2 goals and assisted twice in 15 Persian Gulf Pro League appearances last year, most of his play time being off the bench. In the January transfer window, Galatasaray was linked with Sayyadmanesh. According to sources, talks broke down after the young striker revealed his transfer earlier than agreed on his social media platforms.

Sayyadmanesh recently (June 6th) became the youngest debutant and goal-scorer in the Iranian national team, in a friendly game against Syria. The whole nation of Iran is behind Sayyadmanesh, a lot is expected from such a talented player at this age.

"I am very happy to have joined such a prestigious club with great fans. I hope I manage to continue to spark and speed up my career with Fenerbahce, and become worthy of this community and their fans. I will do everything that I can. No one should doubt that I will work until my last breath, for the success of this club.”

"I knew Fenerbahce was a big club from the moment I found out about their interest in me, but I decided to do further research. I watched a lot of videos about the coaches, the fans and the club itself overall. This significantly increased my excitements. From that moment on, I could feel how excited I was. Things escalated a little fast, I was already aware about the clubs interest. After I hit 18 the procedure of my signing was completed instantly, and I officially joined this club."

Keywords:
FenerbahceAllahyar SayyadmaneshIranian
Your comment has been forwarded to the administrator for approval.×
Warning! Will constitute a criminal offense, illegal, threatening, offensive, insulting and swearing, derogatory, defamatory, vulgar, pornographic, indecent, personality rights, damaging or similar nature in the nature of all kinds of financial content, legal, criminal and administrative responsibility for the content of the sender member / members are belong.
Related News