Goals galore in Champions League matches here is the latest

Tuesday with a bevy of goals to the delight of fans across Europe. 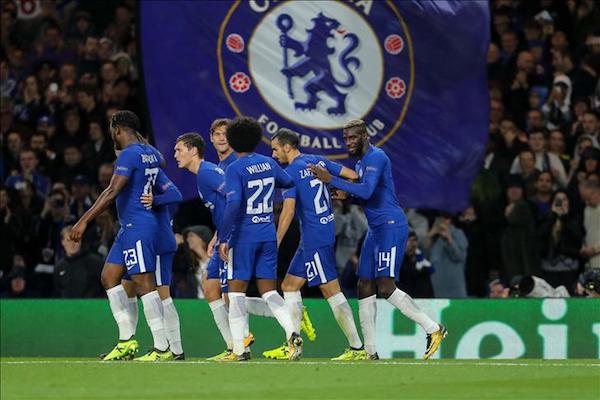 AvrupaLondon - Champions League group stage matches kicked off Tuesday with a bevy of goals to the delight of fans across Europe.

Chelsea in London at Stamford Bridge demolished Azerbaijan's Qarabag with a 6-0 score in Group C. Qarabag is participating in the Champions League group stages for the first time in their history. Five different names were on the scoreboard for the English side as new signing Davide Zappacosta scored and assisted a goal in his debut match.

In Scotland, Celtic were embarrassed by Paris Saint-Germain with a scoreline of 5-0. Paris' new world-class signings Neymar Jr. and Kylian Mbappe scored once while striker Edinson Cavani scored twice.

In England, Manchester United got past Swiss team Basel with a score of 3-0 in their Group A match as summer signing striker Romelu Lukaku continued to impress by scoring another goal for the 'Red Devils'.

The only silent match of the evening was in Italy, where Roma and Atletico Madrid could not break the deadlock to share points in Group C.

Here are the full results from Tuesday evening: