Officially announced by the club earlier this week, Fenerbahce make their first signing of the new decade with Guinean centre-back Simon Falette from Bundesliga side Eintracht Frankfurt. 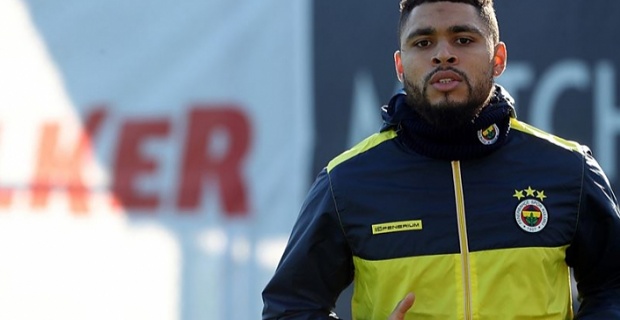 Struggling defensively, Fenerbahce has only kept 3 clean sheets this season against Yeni Malatysapor, Gaziantep FK and Galatasaray. The fans expected multiple defensive transfers to solve this issue, and earlier this week the Yellow Canaries announced the arrival of centre-back Falette. It was revealed that the Guienean defender is loaned until the end of the season with an option to buy.  Due to some of the back-lash from some of the fans on this transfer, Fenerbahce's director of football, Damien Comolli tweeted:

"Our President has decided to sign S.Falette on loan as he believes that the player can contribute to the team. Considering the President's contribution to the club his decision should be respected. At the same time Simon should be welcomed to the club by our fans."

The 27-year old was born in Le Mans, France, however he plays for the Guinean national team.

Falette was an important member of the squad that came 8th in the league and won the German Cup in 2017/18, he played in 27 Bundesliga  & 1 DFB Pokal games in that season.

Produced by FC Lorient's academy, Falette spent 6 years in France playing for teams such as Stade Lavallois, Stade Brest 29 and FC Metz. His career peaked at FC Metz as he played in 39 matches in 2016/17, scoring 3 goals and assisting twice. Ultimately his increasing performance allowed him to move to Eintracht Frankfurt in the Bundesliga. However after a decent inital season with Frankfurt, the Guinean centre-back was left on the bench in the upcoming years, only playing 15 games between 2018/19 and 2019/20.

Falette is currently valued at £3.15m. Many Fenerbahce fans seemed unhappy with this transfer, but many also hope to be proved wrong. It is a crucial season for Fenerbahce, as they remain 4th in the Super Lig with 17 more games to go.

Keywords:
FenerbahceFrankfurtFaletteComolli
Your comment has been forwarded to the administrator for approval.×
Warning! Will constitute a criminal offense, illegal, threatening, offensive, insulting and swearing, derogatory, defamatory, vulgar, pornographic, indecent, personality rights, damaging or similar nature in the nature of all kinds of financial content, legal, criminal and administrative responsibility for the content of the sender member / members are belong.
Related News