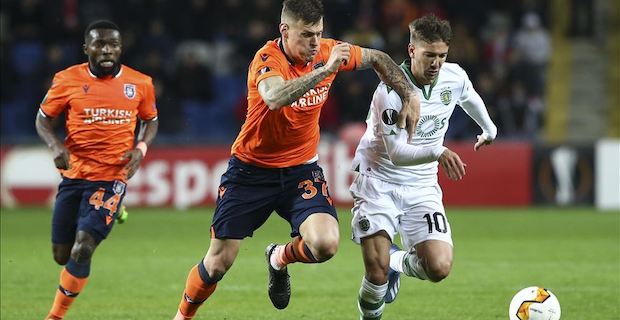 The second leg match will be played at Parken Stadium in Copenhagen, Denmark on March 19.

Basaksehir paired with FC Copenhagen for the first time in history.

Polish city of Gdansk will host the 2020 Europa League final on May 27.

UEFA Europa League round of 16 matches between Sevilla FC (Spain) and AS Roma (Italy), and FC Internazionale (Italy) and Getafe CF (Spain) will not take place as scheduled.

Here are the last 16 games to be played on Thursday:

Keywords:
Europa LeagueBasaksehirCopenhagen
Your comment has been forwarded to the administrator for approval.×
Warning! Will constitute a criminal offense, illegal, threatening, offensive, insulting and swearing, derogatory, defamatory, vulgar, pornographic, indecent, personality rights, damaging or similar nature in the nature of all kinds of financial content, legal, criminal and administrative responsibility for the content of the sender member / members are belong.
Related News