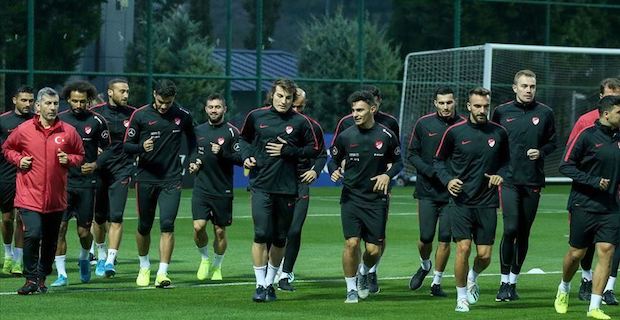 Turkey's national football team is set to face France in an away match on Monday for the UEFA EURO 2020 qualifiers. The latest World Cup champions France have been troubled by injuries of their goalkeeper Hugo Lloris and forward Kylian Mbappe. Lloris will miss the Turkey match as the 32-year-old Tottenham Hotspur regular sustained an arm injury last weekend.

The U.K. media previously reported that Lloris will miss the rest of 2019 due to dislocated elbow.

The 2018 FIFA World Cup winner, Lloris had 111 appearances for France.

Mbappe, 20, will also be unavailable to play against Turkey over thigh injury.

He was replaced by Borussia Monchengladbach forward Alassane Plea.

Mbappe is regarded as a key French football star, helping "Les Bleus" (The Blues) win the 2018 World Cup in Russia.

Meanwhile Turkish veteran midfielder Emre Belozoglu will not be able to play against France due to his rib injury.

The Turkish Football Federation said on Saturday that the 39-year-old central midfielder suffered a broken rib.

A former Inter Milan player, Belozoglu was honored by the Turkish football association on Friday for having 100 international appearances for his country.

Turkey beat Albania 1-0 in the UEFA EURO 2020 qualifiers on Friday to top the Group H.

Sitting on the second spot, France also earned 18 points in seven matches. They had six wins and one loss in the group.

Iceland were on the third spot as they had 12 points.

Albania -- who lost their chance to qualify for the EURO 2020 finals -- were on the fourth spot with nine points.

France are now looking for a vengeance to top the Group H, meanwhile visitors Turkey are in need of at least one point against the host team to retain their lead.

France have been dominant at home, winning their last seven games in Saint-Denis.

Monday's showdown at Stade de France will begin at 1845GMT.

Keywords:
EURO 2020UEFA EURO 2020
Your comment has been forwarded to the administrator for approval.×
Warning! Will constitute a criminal offense, illegal, threatening, offensive, insulting and swearing, derogatory, defamatory, vulgar, pornographic, indecent, personality rights, damaging or similar nature in the nature of all kinds of financial content, legal, criminal and administrative responsibility for the content of the sender member / members are belong.
Related News