Fans are celebrating in Trafalgar Square in London after England's victory in the Euro 2022 championship. Lionesses are on stage with manager Sarina Wiegman, and will lift the trophy in front of the crowds 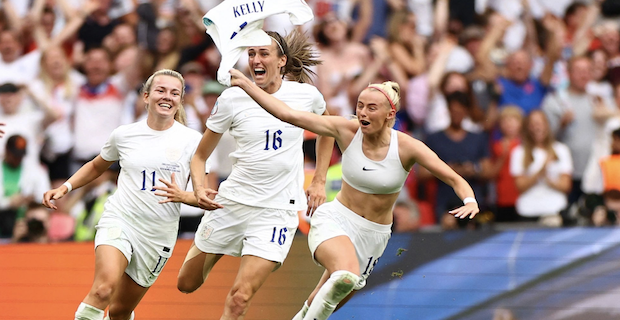 England beat Germany 2-1 after extra time, with Beth Mead winning Euro 2022 best player and the Golden Boot.The Queen has led the tributes to England's Euro 2022 winners, sending a message of congratulations in which she called them "an inspiration".The Lionesses beat Germany 2-1 at Wembley thanks to goals from substitutes Ella Toone and Chloe Kelly.It is England's first major tournament success since the 1966 men's World Cup."My warmest congratulations, and those of my family, go to you all on winning the European Women's Championships," a statement from the UK monarch said.There will be a victory celebration in front of fans at Trafalgar Square on Monday between 11:00 and 14:00 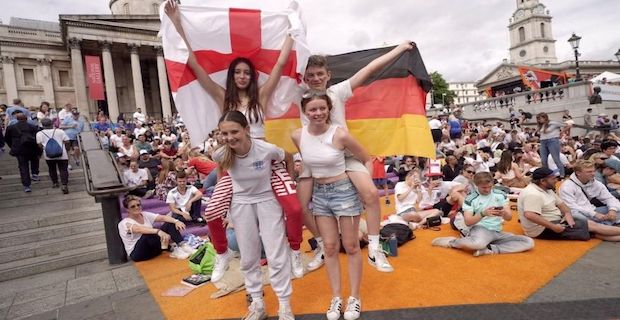 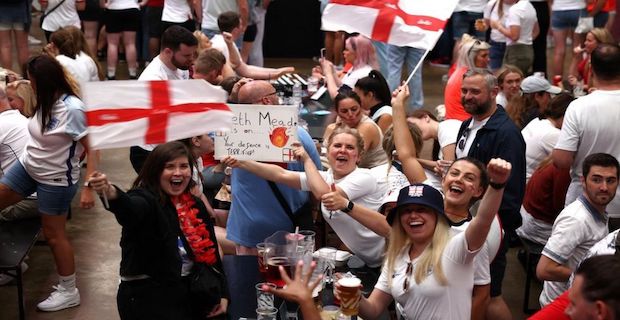 'Women's football will never be the same again'

The Queen's message added: "It is a significant achievement for the entire team, including your support staff."The Championships and your performance in them have rightly won praise. However, your success goes far beyond the trophy you have so deservedly earned."You have all set an example that will be an inspiration for girls and women today, and for future generations."It is my hope that you will be as proud of the impact you have had on your sport as you are of the result today."Prince William, writing on his Duke and Duchess of Cambridge Twitter account, said: "Sensational. An incredible win. The whole nation couldn't be prouder of you all. Wonderful to see history in the making tonight at Wembley, congratulations!" 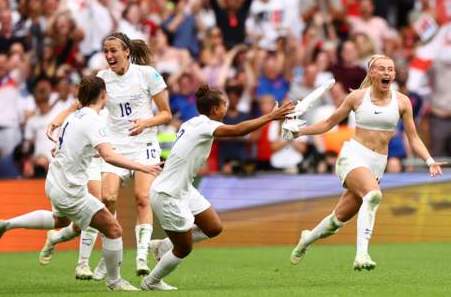 "Huge congratulations to Sarina [Wiegman, manager], Leah [Williamson, captain] and the whole team. Football pitches across the country will be filled as never before by girls and women inspired by your triumph."It was the women's team first major tournament win. Football Association chief executive Mark Bullingham said it was an "incredible achievement and a historic sporting moment"."This team of Lionesses have been outstanding ambassadors, both on and off the pitch, from the first game to the last. Each and every member of this squad has left an indelible and enduring mark on women's football in England."Not only have they captured the hearts of the nation, but they have also broken down boundaries. They have left a lasting legacy that will positively impact women's and girls' football in this country for generations to come."

England's men's side lost to Italy on penalties at the same venue in last summer's European Championship final.

Their captain Harry Kane tweeted: "Absolutely unreal scenes at Wembley!! Massive congrats to the amazing Lionesses!! Ella Toone, take a bow for that finish too."Manchester United and England defender Harry Maguire wrote: "Brilliant game. History made. The whole country is proud of you. Enjoy the celebrations."

Keywords:
England Beat GermanyEuro 2022Euro 2022 Best PlayerGolden BootWomens Euro 2022
Your comment has been forwarded to the administrator for approval.×
Warning! Will constitute a criminal offense, illegal, threatening, offensive, insulting and swearing, derogatory, defamatory, vulgar, pornographic, indecent, personality rights, damaging or similar nature in the nature of all kinds of financial content, legal, criminal and administrative responsibility for the content of the sender member / members are belong.
Related News