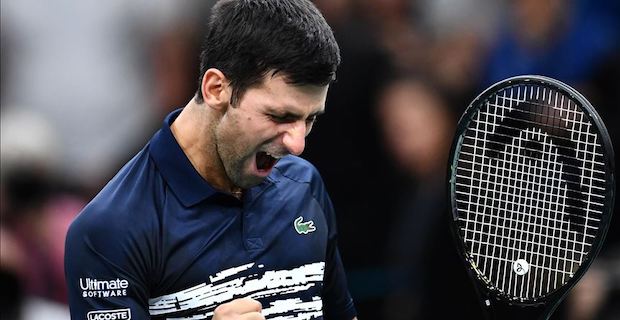 The defending champion Novak Djokovic defeated Japanese Tatsuma Ito on Wednesday to advance to the third round of 2020 Australian Open. The Serbian tennis player beat Ito 6-1, 6-4, 6-2 to reach the third round.

Djokovic will face Japan's Yoshihito Nishioka who knocked out British Dan Evans in the second round.

With losing the second round game in five sets, Italian eighth seed Matteo Berrettini became the highest-ranked tennis player to exit the Austrian Open after losing to American Tennys Sandgren.

Greece's sixth seed Stefanos Tsitsipas advanced to the third round after his German opponent Philipp Kohlschreiber withdrew injured from a muscle strain.

Keywords:
Australian OpenDjokovic
Your comment has been forwarded to the administrator for approval.×
Warning! Will constitute a criminal offense, illegal, threatening, offensive, insulting and swearing, derogatory, defamatory, vulgar, pornographic, indecent, personality rights, damaging or similar nature in the nature of all kinds of financial content, legal, criminal and administrative responsibility for the content of the sender member / members are belong.
Related News