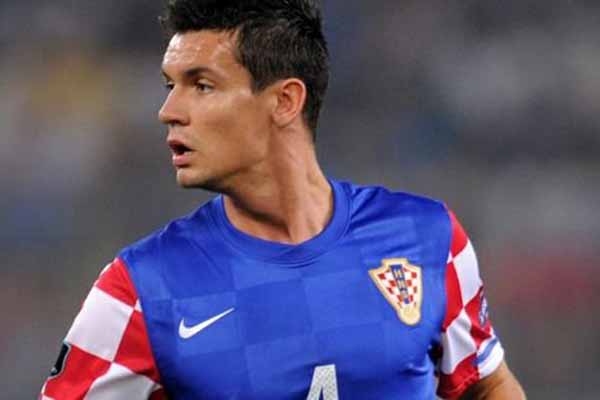 The 25-year-old Croatian international today put pen to paper on a long-term deal with the Reds after completing his medical. Lovren becomes Brendan Rodgers' fifth signing of the summer and the third arrival from St Mary's, following the capture of striker Rickie Lambert and midfielder Adam Lallana. Upon finalising his Anfield move, the centre-back told Liverpoolfc.com: "It's a dream come true. I'm happy and glad to be here. I'm proud and can't wait to start. I know we have millions and millions of supporters - Liverpool is more than a club. "After I played at Anfield last season, I said to myself: 'One day I hope I'll be able to play here for Liverpool'. The fans will know from the first minute that I'm a player that will give 100 per cent on the pitch."
Dejan Lovren has described his move to Liverpool as a 'dream come true' after his £20million switch from Southampton was confirmed.
The Croatia international has created Anfield history, as he becomes the most expensive defender in the club's history, surpassing the previous £18.6million that Liverpool paid Paris St Germain for Mamadou Sakho last September.
Lovren, who has been Brendan Rodgers No 1 target for central defence all summer, agreed terms on a five-year contract after he completed a medical on Merseyside.