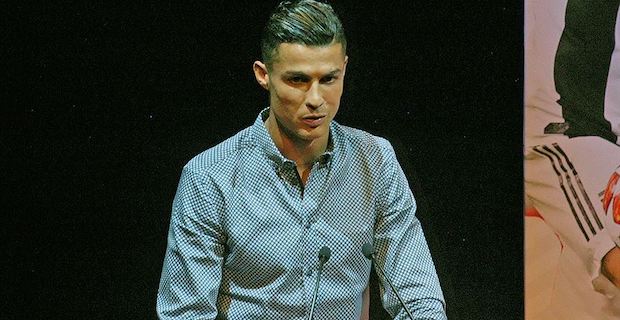 Portuguese superstar Cristiano Ronaldo was awarded by the Spanish daily Marca for his successful career as a professional footballer late Monday. The 34-year-old player won the 'Marca Legend' for the first time in his career, adding another award to his trophy collection. 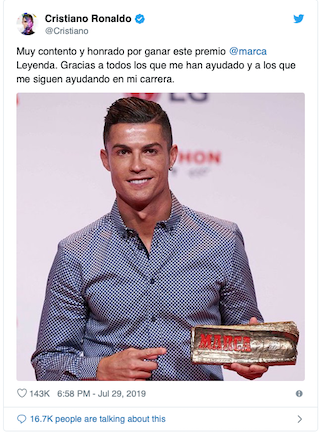 "This trophy is going to be in a very nice place in my museum which is in Madeira Island. Madrid is special. I travel a lot but there are few cities like Madrid. Much of this award is derived from what I did at Madrid," Ronaldo said.

"It is a Spanish trophy and I am very honored to have it. Thank you to everyone who helped me to achieve it. It is a matter of pride to me and I hope to return to Madrid soon," he added.

Marca has been giving these awards to successful sports figures since 1997.

Ronaldo also reunited with Real Madrid chairman Florentino Perez during the award ceremony, as fans shouted ''sign him up" calling for his return to the club.

Keywords:
Cristiano RonaldoMarca Legend Award
Your comment has been forwarded to the administrator for approval.×
Warning! Will constitute a criminal offense, illegal, threatening, offensive, insulting and swearing, derogatory, defamatory, vulgar, pornographic, indecent, personality rights, damaging or similar nature in the nature of all kinds of financial content, legal, criminal and administrative responsibility for the content of the sender member / members are belong.
Related News