The 32-year-old Eto'o, has signed a one-year contract and on finalising the transfer 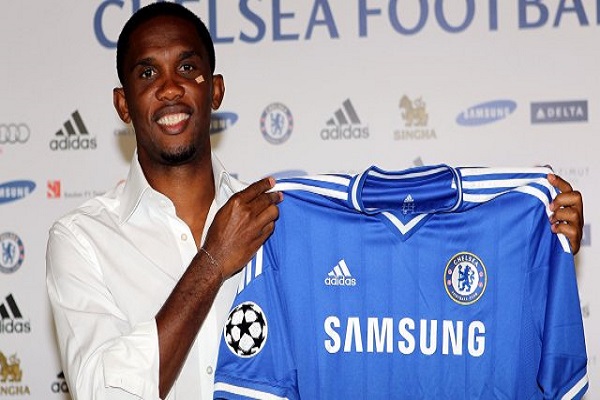 The 32-year-old has signed a one-year contract and on finalising the transfer he said: 'I am very happy to be here but also anxious because I want to get playing as soon as possible.

A prolific striker who has scored goals at the highest level throughout his career, Eto'o learned his trade in his native Cameroon before joining the Real Madrid youth academy in 1997. He then embarked on loan spells with Leganes, Espanyol and Real Mallorca.

His time at Mallorca proved a pivotal period in his early career, as a string of impressive displays earned Eto'o a permanent move to the club in 2000. The highlight there came when he scored twice to help his side to a 3-0 win over Recreativo in the 2003 Copa del Rey final.

Having caught the eye with his predatory instincts in front of goal as well as helping Mallorca secure qualification to the Champions League for the first time in their history, some of Europe's biggest clubs unsurprisingly began to show an interest in acquiring his services, and after becoming Mallorca's all-time leading league goalscorer, he completed a move to Barcelona in 2004.