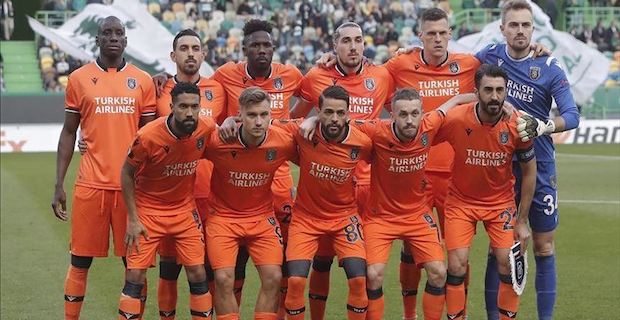 Turkish Super Lig club Medipol Basaksehir will face Portugal's Sporting Lisbon in the second leg match of the round 32 in the UEFA Europa League on Thursday. Medipol Basaksehir already risked moving to the round of 16 after they were beaten by Sporting Lisbon 3-1 in a first leg match in Portugal. The Istanbul club are the only team that represent Turkey in any European tournament.

Basaksehir topped the Group J in the group stage with 10 points, while Sporting Lisbon were the runner-up in the Group D with 12 points.

The match will tip off at Basaksehir Fatih Terim Stadium in Istanbul at 8.55 p.m. local time (1755GMT) on Thursday.

Having recorded a great form in the Turkish Super Lig in the recent weeks, Medipol Basaksehir jumped to top of the table with 46 points.

Sporting Lisbon collected 39 points to be in the fourth spot in the Primeira Liga.

Keywords:
Europa LeagueBasaksehirSporting Lisbon
Your comment has been forwarded to the administrator for approval.×
Warning! Will constitute a criminal offense, illegal, threatening, offensive, insulting and swearing, derogatory, defamatory, vulgar, pornographic, indecent, personality rights, damaging or similar nature in the nature of all kinds of financial content, legal, criminal and administrative responsibility for the content of the sender member / members are belong.
Related News