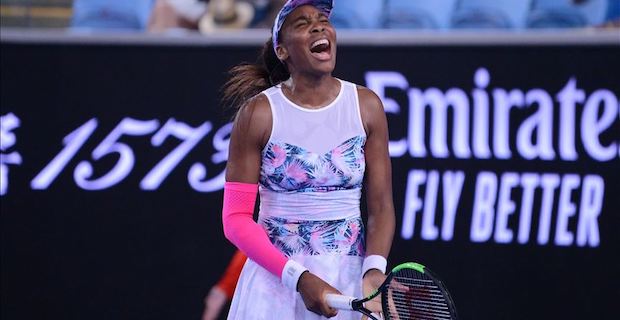 A teen tennis player from the U.S., Cori Gauff beat seven-time grand slam winner Venus Williams in the 2020 Australian Open's women's singles first round on Monday. World No. 69 in women's singles, Gauff, 15, eliminated her 39-year-old opponent Williams with the sets of 7-6, 6-3 to be in the second round as this year's Australian Open -- the first grand slam of this season -- started in Melbourne.

The 2019 Australian Open winner in women’s, Naomi Osaka of Japan, 22, beat her 21-year-old Czech opponent Marie Bouzkova 6-2, 6-4 at Rod Laver Arena to advance to the upcoming round.

Australia has been organizing the first grand slam of 2020 despite major bushfires.

This country is witnessing deadly bushfires estimated to have killed 1.25 billion animals with over 20 million acres of land burned.

At least 25 people lost their lives while battling the heavy blazes that erupted last August, causing millions of dollars in damages.

The Australian Open became a fundraiser to help the victims of bushfires. It was said on website that at least $5.18 million has been raised for those affected by the fires.

The 108th edition of the Australian Open will end on Feb. 2.

Keywords:
Australian OpenVenus Williams
Your comment has been forwarded to the administrator for approval.×
Warning! Will constitute a criminal offense, illegal, threatening, offensive, insulting and swearing, derogatory, defamatory, vulgar, pornographic, indecent, personality rights, damaging or similar nature in the nature of all kinds of financial content, legal, criminal and administrative responsibility for the content of the sender member / members are belong.
Related News