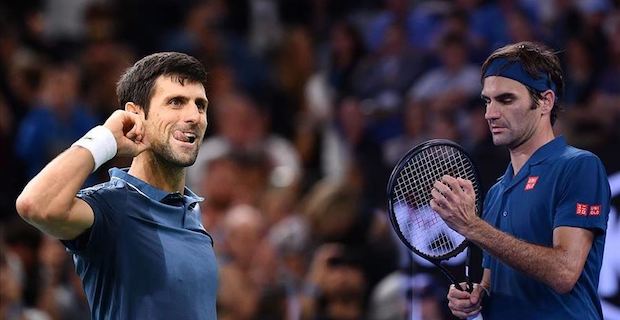 World no. 2 Novak Djokovic knocked out Milos Raonic from Canada of the Australian Open 2020 on Tuesday.  The seventh-time Australian Open champion beat Raonic with the sets of 6-4, 6-3, 7-6 to reach the semifinals after two hours and 49 minutes. Serbian Djokovic will face Swiss tennis legend Roger Federer for the 50th time on Thursday.

They have faced 49 times so far, with Djokovic winning 26 games.

"Obviously tremendous respect for Roger, everything he has achieved in this sport and he’s been one of the all-time greats and definitely one of my two biggest rivals," Djokovic said after the game.

"I’ve been saying this many times and I’ll repeat again: The match-ups against Roger and Rafa have made me the player I am today so I’m grateful that I’ve had so many great matches against those guys. And I hope I get to at least one match point."

In another Tuesday's game, the six-time Australian Open champion Federer moved into the semifinals after beating 100th-ranked Tennys Sandgren of the U.S. 3-2 in three hours and 31 minutes.

Keywords:
Australian OpenDjokovicFederer
Your comment has been forwarded to the administrator for approval.×
Warning! Will constitute a criminal offense, illegal, threatening, offensive, insulting and swearing, derogatory, defamatory, vulgar, pornographic, indecent, personality rights, damaging or similar nature in the nature of all kinds of financial content, legal, criminal and administrative responsibility for the content of the sender member / members are belong.
Related News