President Recep Tayyip Erdoğan said, "The Syrian crisis is the bleeding wound of humanity with many victims and activities of terrorist organizations on the one hand, and the drama of refugees on the other. Racist position on refugees of the West, tr 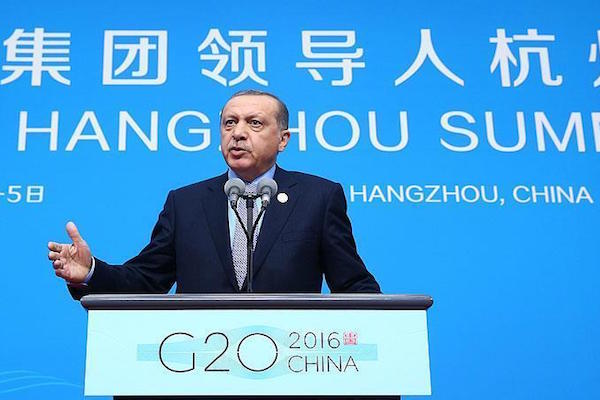 President Recep Tayyip Erdoğan said, "The Syrian crisis is the bleeding wound of humanity with many victims and activities of terrorist organizations on the one hand, and the drama of refugees on the other. Racist position on refugees of the West, trying primarily to ensure their safety, is a disgrace to humanity."

"We must not forget that the terrorist organization FETO is a global network, which, in addition to Turkey, still operates in 170 countries.” said Erdoğan, and added "I urge the international community to be vigilant against this trend, which is expanding its activities by playing on the feelings of people and using religion and education."

"We Need To Start a Principled Struggle against All Terrorist Organizations”

"The Wedding Attack Has Been the Last Straw for Us"

"The operation in northern Syria is not directed against its territorial integrity, the aim of the first phase of the operation was Jarabulus district which is on the border with Turkey. Unfortunately, for several months, our lands have been subjected to rocket fire from the area. In the last incident, an explosion at a wedding killed 56 and wounded nearly 100 people. This has been the last straw for us."

"Its Own People Have Now Settled In Jarabulus"