DOLLAR 17,96
EURO 18,29
GOLD 1.017,60
BIST 2.980,00
Tube, rail and bus strikes on Friday and national rail strikes on Thursday...
People of all physical and cycling abilities are being invited to cycle...
Scotland becomes 1st country in world to provide free sanitary products
Are you looking to employ staff from abroad ?
Last seen in Antalya! Police in the UK are appealing for urgent help four...
London children to get polio boosters as more virus traces found
UK heatwave again! Temperatures to hit 34C this week
Etelvina celebrates her 100th birthday in Enfield
Youth Games bring out the best in Enfield
I’m devastated about the fatal stabbing of a young person in Islington...

UK urges 'restraint' in live round use by Israel 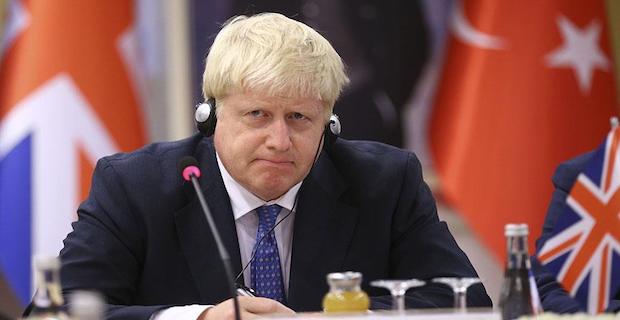 The U.K. government on Monday said the killings of more than 50 Palestinians in Gaza and the West Bank were “shocking” and destructive to peace efforts.

“The loss of life and the large number of injured Palestinians is tragic, and it is extremely worrying that the number of those killed continues to rise,” said Minister for the Middle East Alistair Burt.

“We have been clear that the U.K. supports the Palestinians’ right to protest, but these protests must be peaceful,” Burt said.

He said the U.K. would not waver from its support for Israel’s right to defend its borders, “but the large volume of live fire is extremely concerning. We continue to implore Israel to show greater restraint.”

At least 60 Palestinians were martyred and hundreds more injured by Israeli forces along the Gaza border Monday amid protests marking the Nakba anniversary and the relocation of the U.S. Embassy from Tel Aviv to Jerusalem.

Since the border rallies began on March 30, more than 100 Palestinian demonstrators have been killed by cross-border Israeli gunfire, according to the Palestinian Health Ministry.

The rallies are to culminate on Tuesday, the 70th anniversary of Israel's establishment -- an event Palestinians refer to as the "Nakba" or "the Catastrophe".

Last week, the Israeli government said the ongoing border protests constituted a “state of war” in which international humanitarian law did not apply.

Keywords:
British Foreign Secretary Boris JohnsonBoris Johnson
Your comment has been forwarded to the administrator for approval.×
Warning! Will constitute a criminal offense, illegal, threatening, offensive, insulting and swearing, derogatory, defamatory, vulgar, pornographic, indecent, personality rights, damaging or similar nature in the nature of all kinds of financial content, legal, criminal and administrative responsibility for the content of the sender member / members are belong.
Related News