Theresa May speaks out amid lawmaker harassment claims

British Prime Minister Theresa May has called for action after a series of allegations of sexual harassment and impropriety surrounding some of the country's lawmakers looks set to grow. 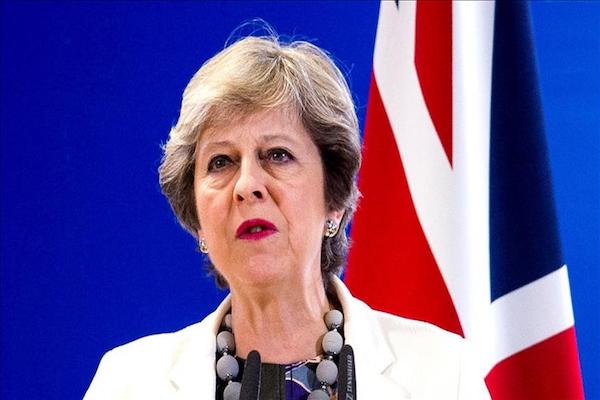 AvrupaGazete - British Prime Minister Theresa May has called for action after a series of allegations of sexual harassment and impropriety surrounding some of the country's lawmakers looks set to grow.Theresa May has written to House of Commons Speaker John Bercow, asking his office to “assist me in doing all we can to ensure the reputation of parliament is not damaged further by allegations of impropriety".May’s letter came after dozens of lawmakers, including 20 ministers, were accused of inappropriate behavior in a secret list reportedly compiled by party aides, researchers and office staff at parliament.Trade minister Mark Garnier has admitted asking a former assistant to buy sex toys and using inappropriate language to her.Former Welsh Secretary Stephen Crabb -- a one-time contender for leadership of the Conservatives -- has apologized for sending explicit messages to a young woman after a job interview at Westminster in 2013, according to a report by the Sunday Telegraph.Health Secretary Jeremy Hunt said an investigation has already been launched. “These stories, if they are true, are totally unacceptable,” he said on Sunday.May called on Bercow to establish an independent mediation service for staff wanting to raise concerns about lawmakers’ behavior and to strengthen a grievance procedure which is currently voluntary.The prime minister said parliament should be a safe working environment for young people: “I believe it is important that those who work in the House of Commons are treated properly and fairly, as would be expected in any modern workplace.”May also urged other party leaders to support measures to tighten up the rules.A spokesman for Labour leader Jeremy Corbyn said: “There must be robust procedures inside as well as outside parliament for dealing with abuse and harassment.“Jeremy is ready to meet the Speaker and the prime minister as soon as possible to strengthen those procedures and parliamentary staff employment conditions.”The Independent Parliamentary Standards Authority has recommended a grievance procedure should be included in employees’ contracts.May went on to say she did not think the current rules were strong enough: “It does not have the required teeth as, contractually, an MP does not have to follow the procedure. I do not believe this situation can be tolerated any longer.”