Day 3 of 3rd round of talks to continue on Friday 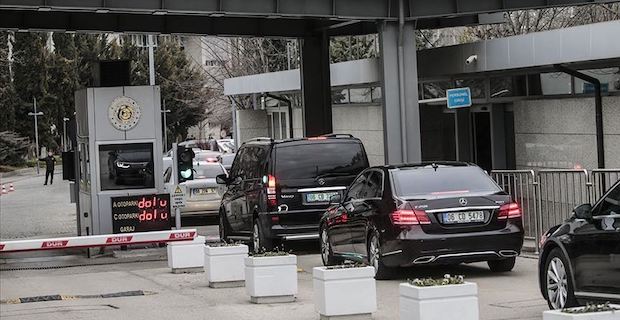 The discussions between Turkish and Russian delegations on the situation in Idlib, Syria will continue on Friday afternoon in Ankara. The third day of the third round of talks will start at 4 p.m. local time (1300GMT). The Turkish side will be led by Deputy Foreign Minister Sedat Onal, according to diplomatic sources. The Russian delegation is headed by Deputy Foreign Minister Sergey Vershinin and special envoy for Syria Alexander Lavrentiev. Over the last two days, the delegations met in Ankara where the Turkish side urged its Russian counterparts to immediately establish a cease-fire in Idlib. The first two rounds of the talks were held in Ankara and Moscow, respectively. But tensions since have escalated in the region.

Late Thursday, at least 33 Turkish soldiers were martyred and dozens of others injured in an airstrike by Assad regime forces in the Idlib de-escalation zone, just across Turkey’s southern border.

The Turkish soldiers are working to protect local civilians under a September 2018 deal with Russia under which acts of aggression are prohibited in the region.

But more than 1,300 civilians have been killed in attacks by Assad and Russian forces in the zone since then, as the cease-fire continues to be violated.

Thursday’s attack was one of a series since January on Turkish troops, with Turkish officials keeping their pledge that such assaults would not go unanswered.

The de-escalation zone is currently home to four million civilians, including hundreds of thousands displaced in recent years by regime forces throughout the war-torn country.

Since the eruption of the bloody civil war in Syria in 2011, Turkey has taken in some 3.7 million Syrians who fled their country, making it the world’s top refugee-hosting country.

Keywords:
SyriaTurkeyRussia
Your comment has been forwarded to the administrator for approval.×
Warning! Will constitute a criminal offense, illegal, threatening, offensive, insulting and swearing, derogatory, defamatory, vulgar, pornographic, indecent, personality rights, damaging or similar nature in the nature of all kinds of financial content, legal, criminal and administrative responsibility for the content of the sender member / members are belong.
Related News