Yildirim said that Turkey had achieved "an average 5.6 percent growth rate from 2002 to 2012 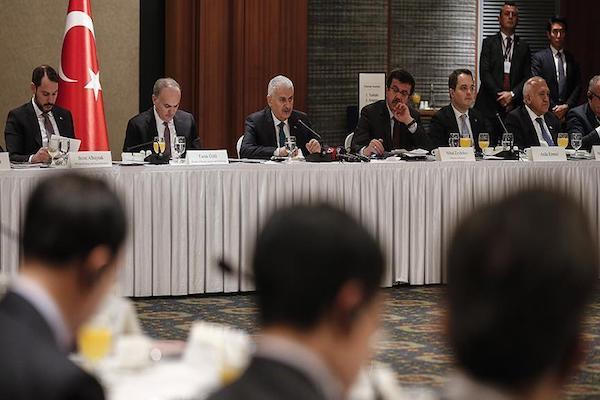 "I hope, from now on, relations between Turkey and [South] Korea will turn into a strategic partnership," he said, during an address to businesspeople in the South Korean capital, Seoul.

Stating that the Republic of Korea held the eastern end of Asia and Turkey held its western end, he said, there were many countries inbetween which required their attention.

"Korean and Turkish firms can sign serious projects together, not only in [South] Korea and Turkey but also elsewhere."

Yildirim praised South Korea’s development and said the country had a per capita income of $30,000 as a result of their growth success.

He said Turkey had made serious progress and currently was the 17th biggest economy and listed 13th in purchasing power parity among G20 countries.

"This year, Turkey has the highest growth rate among OECD (Organisation for Economic Co-operation and Development) countries," Yildirim said.

Calling Turkey an ideal place to do business, he said that countries around Turkey, with a total population of 1.6 billion, also offered business opportunities.

He said South Korea and Turkey could achieve much more when it came to cooperation in the fields of trade and commerce.

Yildirim's visit to the country comes on the 60th anniversary of the start of Turkey’s diplomatic relations with South Korea in the wake of the 1950-1953 Korean War.

Yildirim, earlier on Tuesday, visited a cemetery in South Korea that is the final resting place of 462 Turkish martyrs from the Korean War.