Turkish Foreign Minister, We are moving our second platform to South Cyprus and starting to drill

Turkish Foreign Minister Mevlüt Çavuşoğlu reminded that the Fatih vessel was drilling off the coast of Alanya and added that they would move it to South Cyprus. 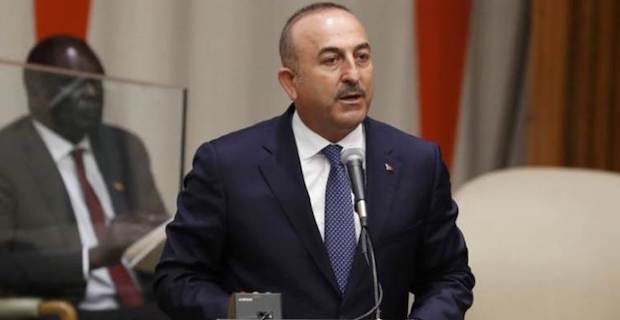 Stating that they could not achieve success in the negotiation process regarding Cyprus in 2017, Çavuşoğlu said that the Greek Cypriot side did not want to share the power, administration, and economy with the Turkish Cypriot people.

In his speech at an event, Çavuşoğlu said: “Now, before deciding what to negotiate, we said we should not start negotiating again. But we will not wait forever on this issue. If the Greek Cypriot side no longer wants to share something with the Turkish Cypriot side, we will take our steps accordingly”.

Çavuşoğlu pointed out that the Greek Cypriot side had started drilling although Turkey insists on saying that this should not be done unilaterally, it should be done after guaranteeing the rights of the Turkish Cypriot people on the natural gas reserves around Cyprus.

Çavuşoğlu said: "We have the Fatih vessel. It is drilling in the Alanya offshore area. We are moving it to the South of Cyprus. We will also move our second platform to that region. The Barbaros Hayrettin Paşa vessel is doing preliminary work in this respect. Let's carry out these drilling operations in the determined locations”.

Keywords:
Mevlut CavusogluTurkish Foreign Minister Mevlut CavusogluSecond Platform To South CyprusSouth Cyprus
Your comment has been forwarded to the administrator for approval.×
Warning! Will constitute a criminal offense, illegal, threatening, offensive, insulting and swearing, derogatory, defamatory, vulgar, pornographic, indecent, personality rights, damaging or similar nature in the nature of all kinds of financial content, legal, criminal and administrative responsibility for the content of the sender member / members are belong.
Related News