The minister said what was at stake during the negotiations was whether to take out a loan or finance it themselves. 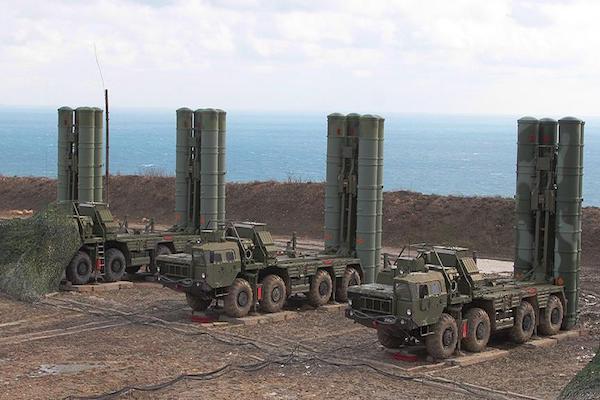 AVRUPALONDON - Canikli, during a joint news conference held in Tunisia by Turkish President Recep Tayyip Erdogan and Tunisian President Beji Caid Essebsi, was asked about Sergey Chemezov's remarks in an interview with a Russian newspaper that the deal between the two countries, standing at $2.5 billion, was now concluded.

"That is correct. Two systems, four batteries in total. The deal is completely done," Canikli said.

The minister said what was at stake during the negotiations was whether to take out a loan or finance it themselves. "But the idea of paying a portion of the total amount by getting a loan prevailed in the end. Otherwise, it was already a done deal," he added.

Russian news agency TASS quoted Chemezov as saying that the finance ministries of Turkey and Russia had completed the negotiations on the deal and the first deliveries were scheduled for early 2020.

The S-400 is Russia's most advanced long-range anti-aircraft missile system with a capacity of carrying three types of missiles capable of destroying targets including ballistic and cruise missiles.

The system can track and engage up to 300 targets at a time and has an altitude ceiling of 27 kilometers (17 miles).