Opportunities for further enhancement of close cooperation between Turkey and TRNC to be discussed, says Foreign Ministry 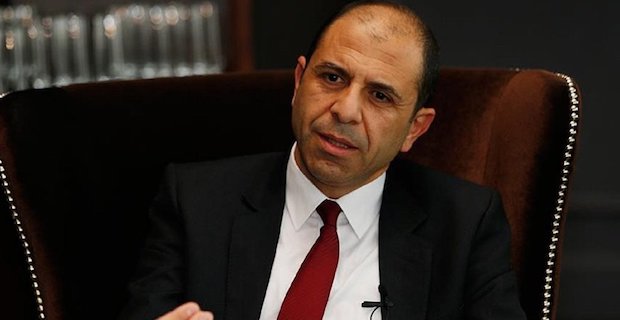 In a written statement, the Foreign Ministry said: "The Deputy Prime Minister and Minister of Foreign Affairs of the Turkish Republic of Northern Cyprus [TRNC], Kudret Ozersay will pay a working visit to Turkey upon the invitation of Foreign Minister Mevlut Cavusoglu, on October 15-17, 2018."

"During the talks, opportunities for further enhancement of the close cooperation between Turkey and the TRNC, as well as latest developments regarding the Cyprus issue will be discussed," it added.

Cavusoglu and Ozersay will also attend "a symposium on 'Law and Politics in the Eastern Mediterranean', which will be held at the Faculty of Political Sciences, Ankara University," said the statement.

Ozersay's visit to Turkey comes after TRNC leader Mustafa Akinci told reporters last week that a meeting with the Greek Cypriot leader Nicos Anastasiades is “possible” after the release of UN's Cyprus report in October.

Keywords:
Kudret OzersayTurkish Cypriot Minister
Your comment has been forwarded to the administrator for approval.×
Warning! Will constitute a criminal offense, illegal, threatening, offensive, insulting and swearing, derogatory, defamatory, vulgar, pornographic, indecent, personality rights, damaging or similar nature in the nature of all kinds of financial content, legal, criminal and administrative responsibility for the content of the sender member / members are belong.
Related News