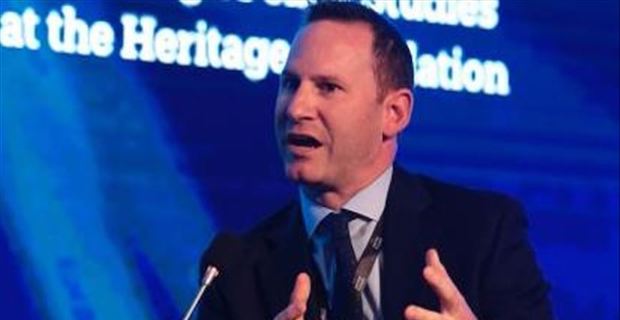 Luke Coffey, director for foreign policy at the U.S.-based think tank, Heritage Foundation, said both countries are loaded with historical baggage and cannot be good friends.

"While we are all focusing on Operation Peace Spring, along the buffer zone, no one is talking about what is happening in Idlib right now, where Russian aircrafts are still targeting civilian populations.," said Coffey.

He said he does not believe Russia and Turkey have common interests in Syria.

"I actually think that this rapprochement between Turkey and Russia is artificial. I think it goes against the grain of history," he said.

Coffey explained that Turkey's refusal to allow the U.S. to use its territory against late deposed Iraqi President Saddam Hussein had planted the seeds of separation between them in the foreign policy matters.

"If you think about that situation, if you were a young Capitol Hill staffer, you know, just out of college, you are now almost 40 years old. So, you are in some more senior positions in Washington…So that has planted the seed in many ways, but to me, I think the biggest the biggest divide is the in the bilateral relationship is our support to YPG," said Coffey.

He said regardless of other developments that might have hurt the bilateral relations, U.S. alignment with terror group YPG was the straw that broke the camel's back.

The expert also lashed out at those demanding Turkey’s expulsion form the NATO.

"Not only would it be stupid to do so in the case of Turkey, but even if one wanted to do so it's impossible," he said.

Coffey said the Americans are more polarized than ever and the Democratic Party is doing the exact opposite of what U.S. President Donald Trump says or does.

"I feel like overall, U.S. policymakers have failed to see the bigger picture," he said.

Despite a myriad of narratives, Coffey said Turkey still tries to address its security problems "inside a Western oriented, NATO, U.S. led framework."

Explaining YPG/PKK's deals with the Syrian regime for years, Coffey said he is not surprised "YPG are going back into [Bashar] Assad's arms".

"And when they say that Turkey is committing genocide against the Christian minority in Syria, I asked them to show me proof. Where is the proof that this genocide is happening? And secondly, I remind them of the Syrian Christian schools closed down by the YPG. You know, the stuff has been documented by the NGOs," Coffey added.

"And you know, and also, most Marxists are atheists. So that kind of sums it up right there," he said.

He said more transparency in the military operations, would go a long way in improving Turkey's image in the world.

Coffey said only because he considers Turkey a U.S. ally and exposes YPG as a terror group, the western media have been accusing him of being a mouthpiece.

"We don't take any government money. I am accused constantly taking Turkish money. No one's paying me. It is so ridiculous. I have never received a penny for anything that I tweet or advocate. These are my beliefs," he said.

Keywords:
SyriaTurkeyRussiaYPGLuke Coffey
Your comment has been forwarded to the administrator for approval.×
Warning! Will constitute a criminal offense, illegal, threatening, offensive, insulting and swearing, derogatory, defamatory, vulgar, pornographic, indecent, personality rights, damaging or similar nature in the nature of all kinds of financial content, legal, criminal and administrative responsibility for the content of the sender member / members are belong.
Related News