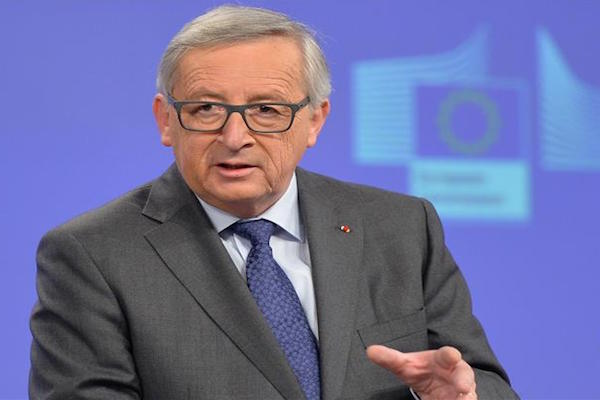 STRASBOURG (AVRUPA TIMES)-European Commission President Jean-Claude Juncker has said the recently agreed refugee deal between Turkey and EU respects international norms. Addressing a plenary session of the Parliamentary Assembly of the Council of Europe in the French city of Strasbourg Tuesday, Juncker said: "The EU-Turkey deal respects international norms, and the plan is starting to work."

He added he was "not happy” with criticism suggesting that EU was "abandoning its values" over the multi-billion deal with Turkey.

He also said that Turkey must meet all criteria in order to make headway in its quest for visa-free travel for its citizens to Europe.

"Turkey must fulfill all remaining conditions so that the Commission can adopt its proposal in the coming months ... We are not watering down the criteria for visa liberalization for Turkey," he said.

Juncker will meet with Turkish Prime Minister Ahmet Davutoglu in Strasbourg for further discussions on the deal.

On Monday, Davutoglu had warned that Turkey could not be expected to stick to its commitments if it was not granted visa-free travel by June.

The deal allows for the return of “irregular migrants” from Greece to Turkey in exchange for Syrian refugees to be relocated within the EU. The resettlement program began earlier this month.