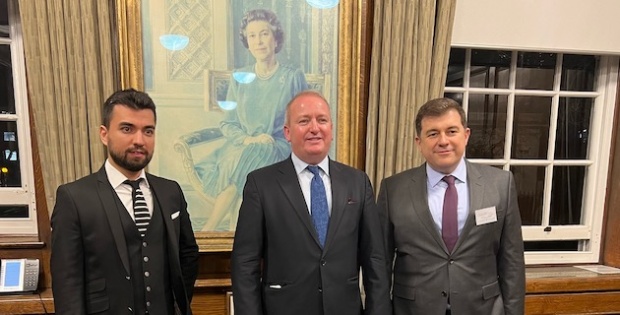 The Conservative Party MP Mark Pritchard also stated that the launch of such an initiative by Circle Foundation is very valuable and he believes that it will contribute greatly to academic studies in the UK.  Mark Pritchard MP also emphasised that this initiative will also play a positive role in the development of Turkey-United Kingdom relations and that it will enable the academic and business world between the two countries to work together.Professor Mete Atature, a scientist at the Cambridge University, drew attention to the academics of Turkish origin, whose number is increasing every year in the United Kingdom.  Prof. Atature underlined that the formation of a new Turkish Academics association to be established is very timely and necessary.After the reception, the participants said that they are looking forward for the establishment of what we will emerge as the Turkish Academic Society in the UK.

Keywords:
Turkish Academics In The UKCircle FoundationMark Pritchard MPAPPG TurkeyBritish ParliamentEnes Güzel
Your comment has been forwarded to the administrator for approval.×
Warning! Will constitute a criminal offense, illegal, threatening, offensive, insulting and swearing, derogatory, defamatory, vulgar, pornographic, indecent, personality rights, damaging or similar nature in the nature of all kinds of financial content, legal, criminal and administrative responsibility for the content of the sender member / members are belong.
Related News