Statement by US President Biden, who is neither legally nor morally authorized to judge history, has no value, says Turkey

The ministry said the statement by Biden, who is neither legally nor morally authorized to judge historical events, has no value. 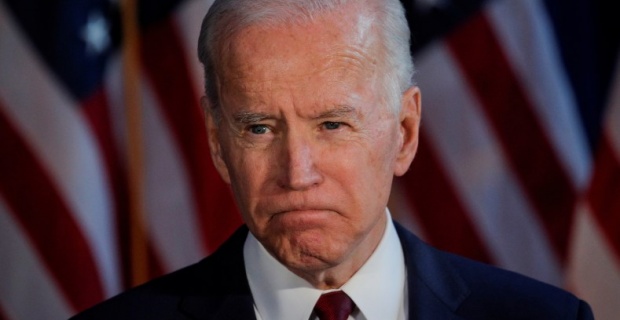 Turkey’s Foreign Ministry on Saturday said remarks by US President Joe Biden on Armenian claims about the events of 1915 lacks any scholarly or legal basis and is not supported by evidence."We reject and denounce in the strongest terms the statement of the President of the US regarding the events of 1915 made under the pressure of radical Armenian circles and anti-Turkey groups on 24 April," the ministry said in a statement.

It said none of the conditions required for use of the term "genocide" -- strictly defined in international law -- are met by the events of 1915."The nature of the events of 1915 does not change according to the current political motives of politicians or domestic political considerations. Such an attitude serves only a vulgar distortion of history," stressed the statement.The ministry said the statement by Biden, who is neither legally nor morally authorized to judge historical events, has no value.

Turkey ‘would not take lessons from any country'

"As a country located at the center of a region that is called the cradle of civilizations and who has adopted the attitude of exercising effort for the peace and serenity for humanity despite all her sufferings, Turkey has never avoided facing her history and would not take lessons from any country, including the US, in this regard," it said.

Commemorating once again the cherished memories of people from all Muslim, Christian and Jewish communities during the Ottoman Empire, who lost their lives under the extraordinary conditions of the period before and during the First World War, the ministry cited Turkish President Recep Tayyip Erdogan's message to the Armenian Patriarchate in İstanbul which "reflects the approach of Turkey on this topic."

"After more than a hundred years of this past suffering, instead of exerting sincere efforts to completely heal the wounds of the past and build the future together in our region, the US President's statement will not yield any results other than polarizing the nations and hindering peace and stability in our region," it noted.The ministry stressed that the statement, which distorts historical facts, will never be accepted in the conscience of Turkish people and will open a deep wound that undermines mutual trust and friendship between the two countries."We call on the US President to correct this grave mistake, which serves no purpose other than to satisfy certain political circles and to support the efforts aiming to establish a practice of peaceful coexistence in the region, especially among the Turkish and Armenian nations, instead of serving the agenda of those circles that try to foment enmity from history," it said.

Turkey’s strong reaction was conveyed to David Satterfield, who was accepted by Deputy Foreign Minister Sedat Onal, according to diplomatic sources.Satterfield was told that Turkey finds the statement unacceptable, totally rejects and strongly condemns it.The statement is null and void in terms of international law and deeply hurts the Turkish people and inflicts an unrepairable wound on our relations, it added.Earlier Saturday, Biden called the events of 1915 a "genocide," breaking a long-held tradition of American presidents who have refrained from using the term.

Turkey’s position on the events of 1915 is that the deaths of Armenians in eastern Anatolia took place when some sided with invading Russians and revolted against Ottoman forces. A subsequent relocation of Armenians resulted in numerous casualties.Turkey objects to the presentation of these incidents as “genocide,” describing them as a tragedy in which both sides suffered casualties.Ankara has repeatedly proposed the creation of a joint commission of historians from Turkey and Armenia as well as international experts to tackle the issue.In 2014, then-Prime Minister Erdogan expressed condolences to the descendants of Armenians who lost their lives in the events of 1915.

Keywords:
Statement By US President BidenUS President Biden1915 LacksArmenian CirclesArmenian
Your comment has been forwarded to the administrator for approval.×
Warning! Will constitute a criminal offense, illegal, threatening, offensive, insulting and swearing, derogatory, defamatory, vulgar, pornographic, indecent, personality rights, damaging or similar nature in the nature of all kinds of financial content, legal, criminal and administrative responsibility for the content of the sender member / members are belong.
Related News