DOLLAR 16,36
EURO 17,57
GOLD 974,14
BIST 2.450,84
The new Mayor of Enfield has been formally sworn in and the borough’s...
The seasonal fruit picking industry is struggling because of Brexit and...
London Craft Week, A Taste of Türkiye at Yunus Emre Institute London
Make a splash this summer with free swimming lessons
Dr Anna Colton's tips for parents and guardians during the exam season!...
An English Oak sapling tree has been planted in Enfield to commemorate...
Rishi Sunak is to warn that the next few months will be tough
Bank station’s new, spacious southbound Northern line platform officially...
Customers will also spot Royal station announcements and digital signs...
UK had recovered from the pandemic or in deep recession ?

We condemn the statement by the Greek Archbishop on the occasion of Easter which incites the hatred of the Greek Cypriot Orthodox Church towards the Turkish Cypriot People and Turkey from past to present. 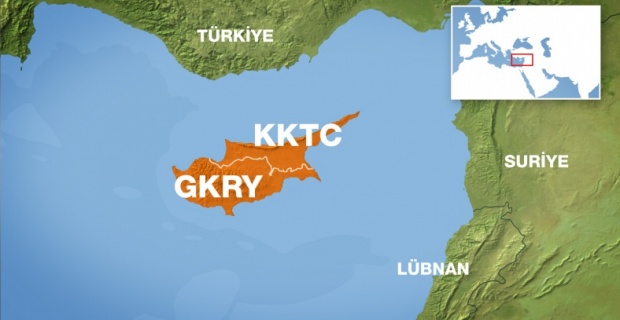 The Greek Archbishop’s attempt to link the situation in Cyprus with Russia’s attack on Ukraine is nothing but concealing the disgrace that the Greek side left mark on history. The Archbishopric of the Greek Orthodox Church is one of the main responsible parties of the atrocities that the Turkish Cypriot People had suffered for years. It is also in our memories that the Archbishopric, which has wielded its power to influence the Greek political elite in the past and today, forced the Turkish Cypriot People to live under the threat of death and genocide between 1963 and 1974 in the ghettos corresponding to only three percent of the island.Let alone not feel embarrassed from what Enosis obsession of the Greek Cypriot side has caused, the Greek Archbishop also does not hide the fact that he perceives the island as a “Hellenic island”. It is not surprising for an institution, as the flag-bearer of Enosis, considering the Turkish Cypriot People as a minority, to openly declare that the island is a “Hellenic island”.If Turkey had not intervened in the island in 1974 following the coup carried out by Greece and declaration of Enosis, the genocide would have continued in pursuance of the dream of uniting the island to Greece until there was not a single Turkish Cypriot left on the island. The 1974 Cyprus Peace Operation, which took place from the rights deriving from the 1960 Treaty of Guarantee and upon the calls of the Turkish Cypriot People, has no link or whatsoever with the situation in Ukraine, either legally or morally.
Today, there are two Peoples living side by side in two separate States on the island. The Turkish Republic of Northern Cyprus is the only State that has the right to have a say regarding the future of the territory under its sovereignty, including the fenced-off area of Maraş. The only way to move the two sides on the island forward is through the cooperation of the two States on the island on the basis of good neighbourly relations.

Keywords:
TRNC Ministry Of ForeignGreek Cypriot ArchbishopOccasion Of EasterGreek Cypriot Orthodox ChurchTurkish Cypriot People
Your comment has been forwarded to the administrator for approval.×
Warning! Will constitute a criminal offense, illegal, threatening, offensive, insulting and swearing, derogatory, defamatory, vulgar, pornographic, indecent, personality rights, damaging or similar nature in the nature of all kinds of financial content, legal, criminal and administrative responsibility for the content of the sender member / members are belong.
Related News