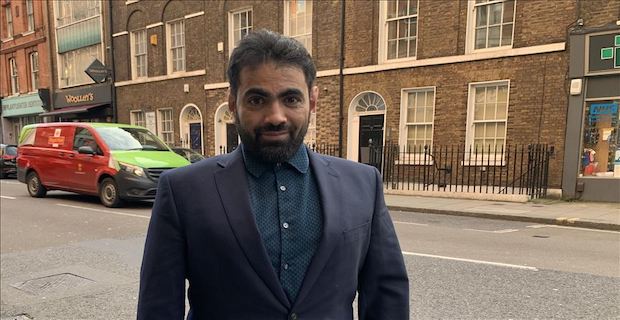 Saudi Crown Prince Mohammed bin Salman is the mastermind behind covert operations against Saudis who are critical of his rule, according to a Saudi human rights activist.

Ghanem al-Masarir, who claims his phones were hacked by the Saudi government and he was attacked by two Saudi men in London, thinks many Saudi dissidents are under surveillance by the crown prince’s strict regime.

“Saudis follow anyone who criticizes them,” al-Masarir said, speaking to Anadolu Agency.

“They have kidnapped three members of their royal family from Europe,” he said.

“They used to hide their dirty work. But since Mohammad bin Salman came to power, he seemed to not give a damn about anything. He does his dirty work in public view.”

-'Getting away with murder'

“In the beginning, he denied it.”

“He is now denying hacking the phone of [Amazon CEO] Jeff Bezos,” he said.

“Saudis are after anyone who talk about them, and they will hack their phones in order to get information to use against them.”

Al-Masarir said the Saudi regime has “gotten away with the killing of Jamal Khashoggi.”

“It seems that they will get away with more as long as they have someone in the White House backing them.”

Al-Masarir said the main Saudi officials who were responsible for the murder of Khashoggi were acquitted and Muhammad bin Salman has been left out of the investigation.

“I have been visited by the Metropolitan Police and they told me that there is a threat against my life,” Al-Masarir said.

He said the police “did not say where this threat was actually from.”

“I am assuming that the threat is from the Saudis,” he said, adding he is under police protection in the U.K.

Al-Masarir told Anadolu Agency that he was assaulted in London in August 2018 by Saudi men who were shouting abuse.

The attack was hailed on Twitter with a hashtag by Saudis, he said.

Al-Masarir has received death threats and abuse over his satirical videos ridiculing the Saudi royals. He was granted asylum by the U.K. after seeking refuge in 2003.

British judges have given permission for a case to proceed at the High Court which is based on evidence and allegations by al-Masarir.

The permission came as allegations surfaced that the Saudi state had hacked a phone owned by Amazon founder Jeff Bezos.

Speaking about how his phones were hacked by the Saudi regime, al-Masarir said the phones started acting disorderly and he began suspecting that they had been hacked.

“In 2018, two of my phones started acting strangely. Their batteries died very quickly and I could not update them at all,” he said.

Al-Masarir said an investigation found that his phones were hacked by the Saudi regime.

He said Pegasus spyware, which is owned by the Israeli surveillance company NSO Group, was found on his phones and he presented the case to a judge who said there was an “arguable case”.

“So a [court] order has been granted and it will go through the British Foreign Office to the Saudi Foreign Ministry,” al-Masarir said.

Keywords:
Saudi Crown PrinceGhanem Al-Masarir
Your comment has been forwarded to the administrator for approval.×
Warning! Will constitute a criminal offense, illegal, threatening, offensive, insulting and swearing, derogatory, defamatory, vulgar, pornographic, indecent, personality rights, damaging or similar nature in the nature of all kinds of financial content, legal, criminal and administrative responsibility for the content of the sender member / members are belong.
Related News