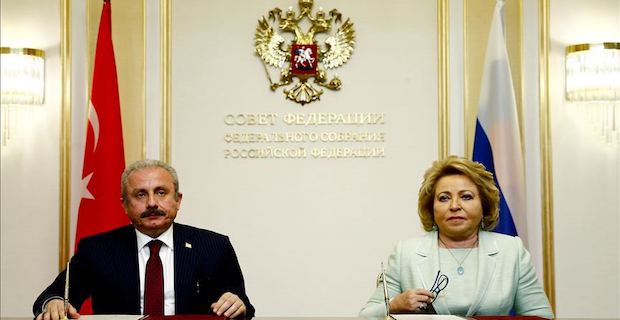 A return to the visa-free regime between Russia and Turkey would accelerate economic, social and humanitarian relations, Turkey's Parliament Speaker Mustafa Sentop said on Tuesday. Meeting Valentina Matviyenko, Russia's upper chamber of parliament speaker, Sentop said the issue was one of utmost importance to the Russian-Turkish political agenda. Noting that political alignment between Ankara and Moscow impacted all areas of relations, particularly economic ties, Sentop underlined that the two countries' leaders set a goal to reach $100 billion trade turnover between the two countries. 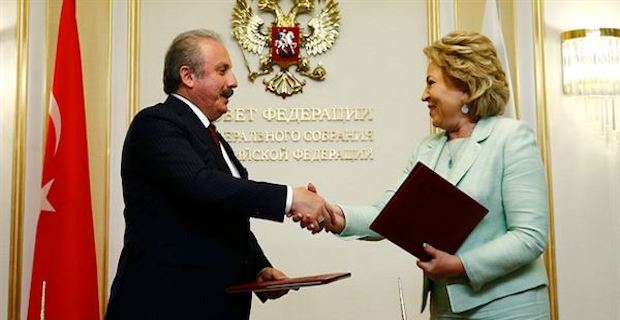 Sentop praised cooperation between Ankara and Moscow in Syria, saying it allowed them to address "issues of regional and global importance."

"Our relations are multidimensional. The two countries cooperate on many issues in Eurasia, acting in close and coordinated efforts to stop the conflict in Syria," he said.

For her part, Valentina Matviyenko, head of Russia's Federation Council, said intense dialogue between the leaders of Russia and Turkey set the pace of relations between the two countries.

"The intensity of the political dialogue between the leaders of our countries, the special, trust-based relations that have been developed between our presidents, certainly set the pace for the Russian-Turkish relations, define the agenda of these relations, discipline the governments, which are trying to implement the agreements reached at the highest level," she said.

Matviyenko called the Russian-Turkish efforts in Syria "an important factor" in international relations.

"Thanks to the efforts of Russia and Turkey, it was possible to largely clean up the territory of Syria from terrorists in most of it, to preserve sovereignty, to prevent the collapse of the country as it was in Libya and Iraq," she said.

Keywords:
Mustafa SentopValentina Matviyenko
Your comment has been forwarded to the administrator for approval.×
Warning! Will constitute a criminal offense, illegal, threatening, offensive, insulting and swearing, derogatory, defamatory, vulgar, pornographic, indecent, personality rights, damaging or similar nature in the nature of all kinds of financial content, legal, criminal and administrative responsibility for the content of the sender member / members are belong.
Related News