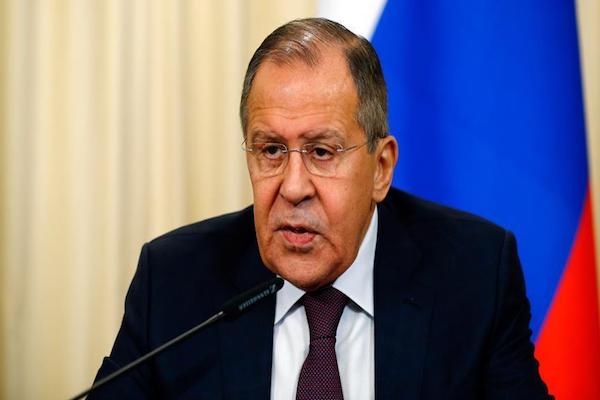 "Russia invariably supports the sovereignty, unity and territorial integrity of Lebanon. We are interested in ensuring that Lebanon is safe, effectively functioning with the participation of all branches of government and with all state structures," Lavrov said.

Lavrov's remarks came during a meeting with his Lebanese counterpart Gebran Bassil in Moscow, according to a Russian Foreign Ministry statement.

He said the Lebanese people can solve all their problems without external interference.

"I have no doubt that even at this stage the Lebanese will be able to agree on a solution that would meet the highest interests of maintaining stability, civil peace and security in Lebanon and the region as a whole," Lavrov added.

On Nov. 4, Lebanese Prime Minister Saad Hariri abruptly announced his resignation from the Lebanese premiership in a televised address delivered from Saudi Arabia.

Almost two weeks later, he has yet to return to Lebanon from Riyadh, which had long been considered his chief political patron.

French President Emmanuel Macron on Friday announced that he will receive Hariri in Paris on Saturday.

Meanwhile, Lebanese President Michel Aoun claims Hariri was being held against his will in Riyadh and has refused to accept his resignation until he returns to Beirut.

On Wednesday, Hariri -- facing mounting pressure in Lebanon due to his prolonged absence -- said he was "fine", stressing that he would soon return home.